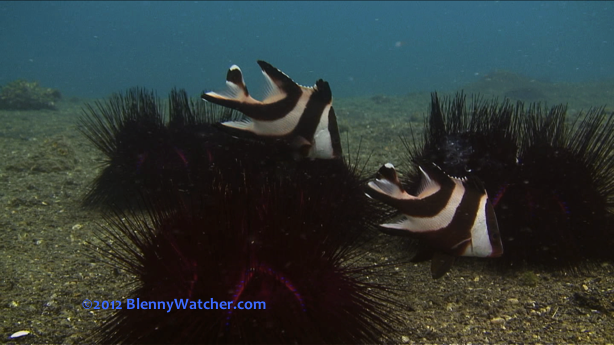 Lembeh Strait, Indonesia (2007) – I was at the end of a 2-hour dive, off-gassing in about 10 feet of water and struggling to stay in place in the sudden, brisk current. I saw several juvenile Red Emperor Snappers, Lutjanus sebae bolt for a gathering of Radiant Sea Urchins, Astropyga radiata, which is not unusual since the snappers, when they are much smaller, are often found living within the spines of theses urchins. Then I noticed the urchins were spawning! We have seen a lot of spawning activity in this part of the world around the full moons of February and March, but this species was a first for me. I had just enough air and time left for a little video: