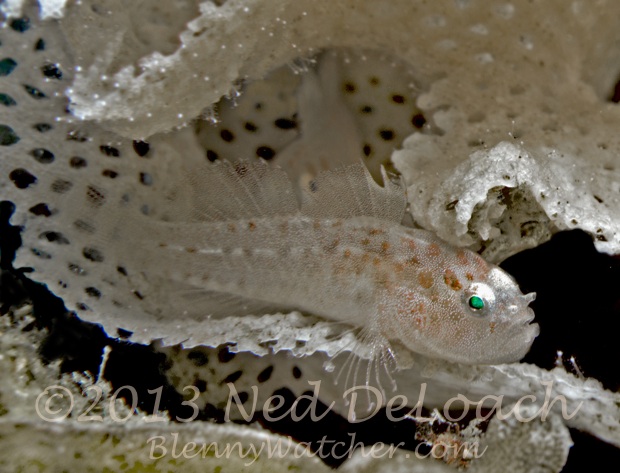 Update April 2016 ~ The paper describing the little Bryozoan Goby was published this month in the Journal of Ocean Science.  It is  named Sueviota bryozophila. The paper by scientists, Gerald R. Allen, Mark V. Erdmann,  and N.K. Dita Cahyani, is titled “Sueviota bryozophila, a new species of coral-reef goby from Indonesia (Teleostei: Gobiidae)”, and is available online from the Journal of the Ocean Science Foundation.  With this goby, the genus Sueviota has five species. The Latinized species name, bryozophila, means bryozoan-loving.  Since we wrote about this three years ago, divers have found this tiny goby in Lembeh Strait and the Alor region.

April 2013, Indonesia ~ Yes indeed, timing is everything. I am determined to use the last few minutes of my prepaid Internet card before we head to the boat. Caught up on email and news, I log into Facebook and see I am tagged in a post from Graham Abbott, “Has anyone out there seen this tiny coral goby? As you can see it lives within bryozoans and is only about 10mm long. Maybe Anna DeLoach, Ned, Paul and friends have come across this when they were here in Ambon.” It is accompanied by a photo of a fish that, no, we have never seen before! The good news is that we are in Ternate, about to board the Dewi Nusantara for the second half of our journey, which will end in Ambon. Graham is founder and principal guide of Diving4Images, a dive service headquartered in Bali that specializes in leading underwater photographic expeditions throughout Indonesia. Graham knows his animals and whenever I hear from him, he is inquiring about or sharing a rare or exotic sighting and am I glad he does because this one is a beauty! And not only are we heading right for Ambon, but Ned has been on a coral goby kick ever since our 2010 visit to Ambon, when we shot the Redhead Coral Goby, Paragobiodon echinocephalus. 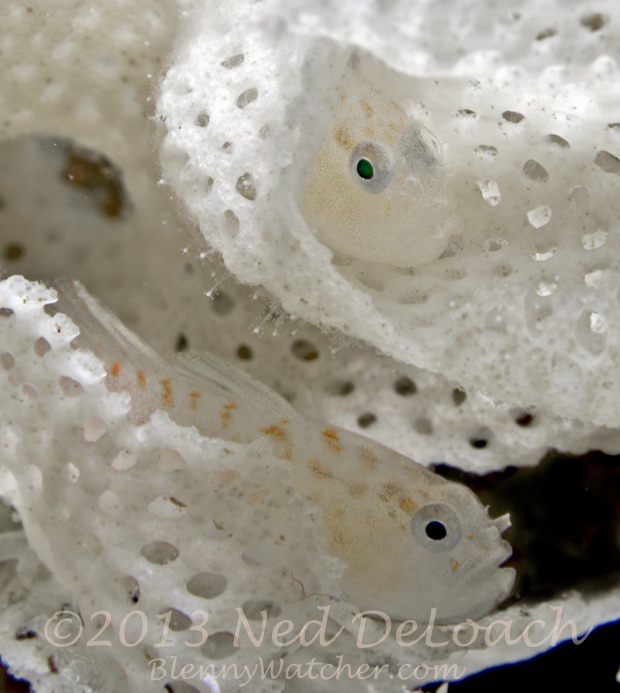 I show Graham’s image to Ned. Excited, he alerts our cruise directors, Wendy Brown and Yann Alfian, Wendy texts Graham for more details and we start hunting, but find none in our eight days of diving between Ternate and Ambon. As soon as we make our first dive in Ambon Harbor, Wendy reports that she found one and that it is oh so tiny – about 1 centimeter long. By the end of the day, almost everyone has found at least one of the cryptic little fish. We learn that they often occur in pairs, they swim in a pattern through the twists and grooves of their bryozoan colony, pausing to perch in a favorite spot AND Claire Davies returns from a night dive reporting that they are extremely easy to photograph after dark. 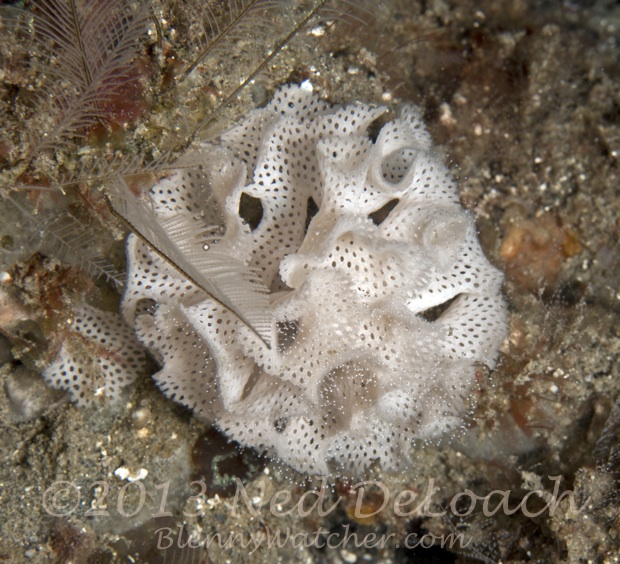 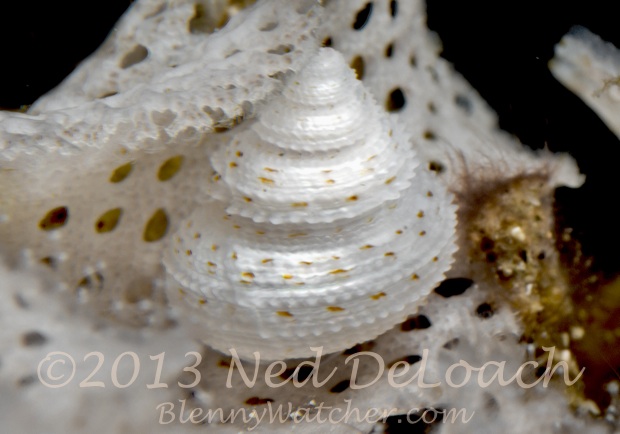 Bryozoans are small colonial animals in the Phylum Bryozoa. These particular fish live in a species called the Lacy Bryozoa (maybe, Triphyllozoon inornatum?) whose exoskeletons form colonies with undulating, intricate shapes that provide plenty of hiding places for small critters. By the end of two days, Ned and Yann have not only found the goby, but also a snail, a crab and a snapping shrimp, all living in the bryozoan colonies and all sporting a spotted pattern that presumably helps camouflage these cryptic creatures. 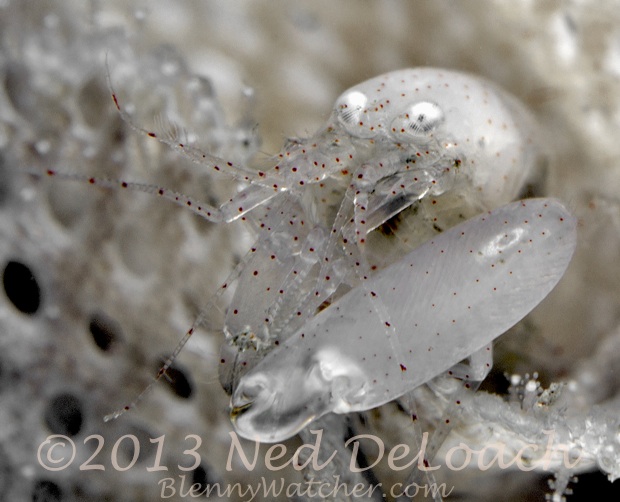 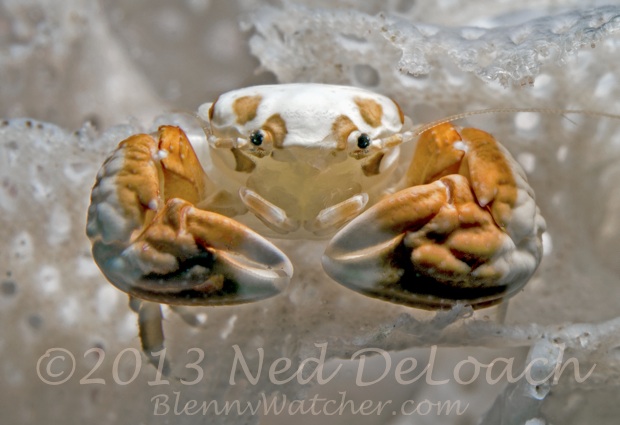 I email Graham to report that we found the little fish and to get more of the story behind his find. He relates that the dive guides at Maluku Divers were finding many things for his Diving4Images group to photograph, so he had time to just explore and hunt and that’s how he spotted it. He had not sent the photo off to an expert for identification so I forward Ned’s photo to Dr. Gerry Allen, co-author of Reef Fishes of the East Indies, who has spent the last decade surveying Indonesia’s reef fish populations. Gerry’s response is that it appears to be an undescribed species and even more exciting, based on our photographs, it might even be a new genus! Of course, we will have to wait for one to be collected and examined before it can officially be pronounced a new species, including its genus. How exciting that divers can still find things previously unknown to science, even in places that are visited fairly often! Good on ya Graham!

Swing over to our BlennyWatcher YouTube channel for my short video of the fish or watch it here: