The Masked Grouper’s Many Looks 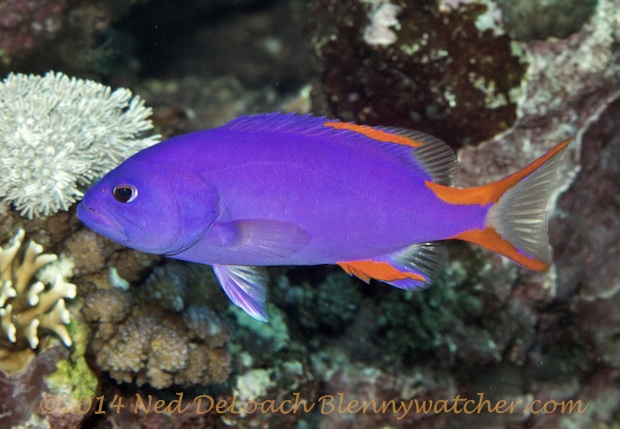 We are still diving in Indonesia, but now back in Internet range with time to post a few observations. One of my recent favorites is the many different looks of the Masked Grouper, Gracila albomarginata. On a dive in the Banda Sea, I noticed a small fish that I didn’t recognize. It was bright purple with lovely red margins on its anal and tailfins. Another I saw had a light, squarish spot on its side, reminiscent of the purple Square Spot Anthias, but it was shyly darting in and around a low coral head – not the behavior or habitat of an anthias – plus it also had a small dark spot near the tail. I wasn’t the only one who noticed these fish and in comparing notes, our friend Dr. Richard Smith who had also noticed the fish, suggested that it might be a young Masked Grouper. That made sense; the squarish spot and dot near the tail just like the adult, but a different color: 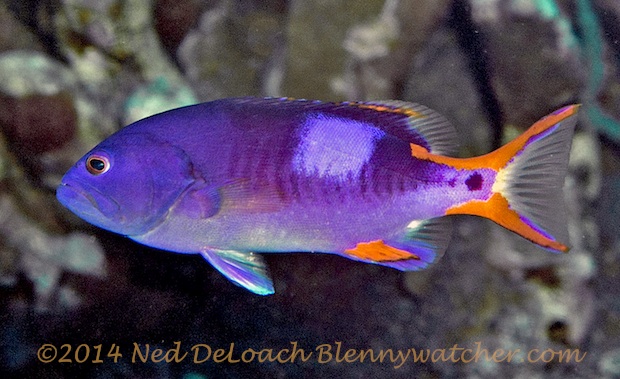 On the next dive, our guide Yann pointed out another under a ledge, this one only about an inch and a half long:

Then I found a gray version, about six inches long; the same size as the purple one with the square spot and this one had the faint “mask” like the adult – don’t know what’s going on here – male? female? intermediate? 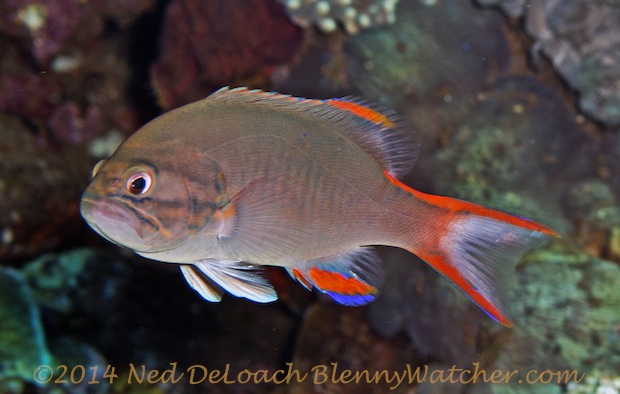 There were plenty of full sized, fourteen to eighteen-inch adults running around. Until these dives, this was the life stage with which we were all familiar. One of the theories of why many juvenile fishes look so different from the adults is that in territorial species, the tiny, differently colored juveniles pose no threat to the much larger adults, affording them a chance to grow up without being driven away.

Coming soon on Blennywatcher: photos from our Banda Sea crossing.