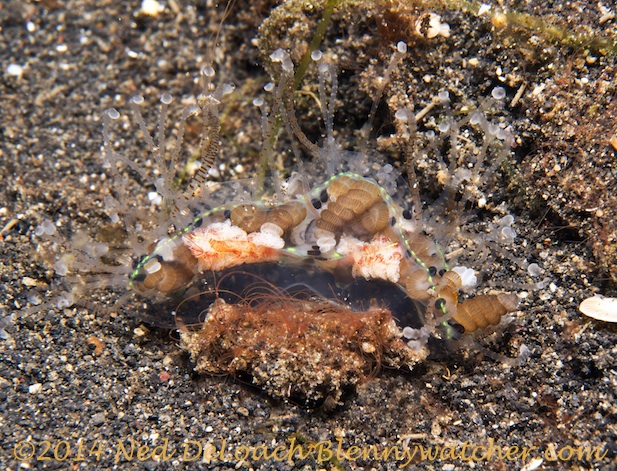 What is this Carry Crab carrying? It was a mystery to us for a week. The common name, carry crab (sometimes called carrier crab) applies to crabs in several families that disguise themselves by using modified back legs to grip things like, well, like just about anything. In previous posts, we showed photos and video of a crab carrying a sea pen, one carrying a banana peel and even a crab carrying a live nudibranch. I’ve circled the crab, in case you can’t make it out: 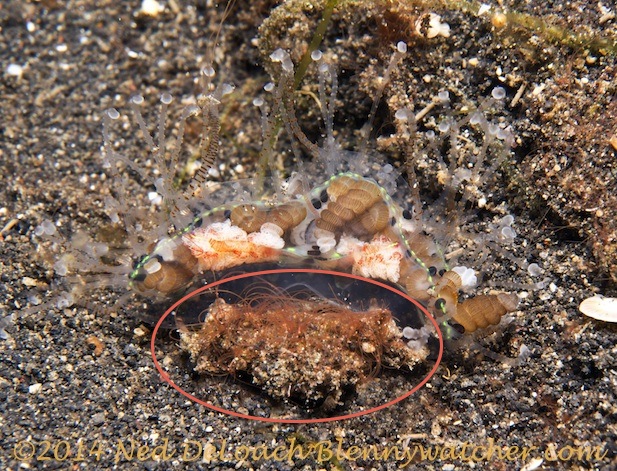 And here is another one with an Upside-down Jellyfish (Cassiopeia):

The carry crab with the mystery cargo was pointed out to us by our dive guide, Man, near the end of a dive on a black sand site in Lembeh Strait. As the crab scurried, whatever it was carrying pulsed a little, reminiscent of a jellyfish but it had curlicues and wispy tentacles so it didn’t quite look like the jellyfish we usually see. What was it? Have a look at the video at the end of this post and you’ll see what we saw. The following week, during Ned’s slide show about the animals he has seen during his open water night drifts, our answer appeared on the screen. It was a hydromedusa, a type of jellyfish. In manipulating the animal to make it easy to carry, our little crab had wadded up the hydromedusa, making it difficult for us to identify. Comparing it to this intact, free-floating animal the answer was obvious: 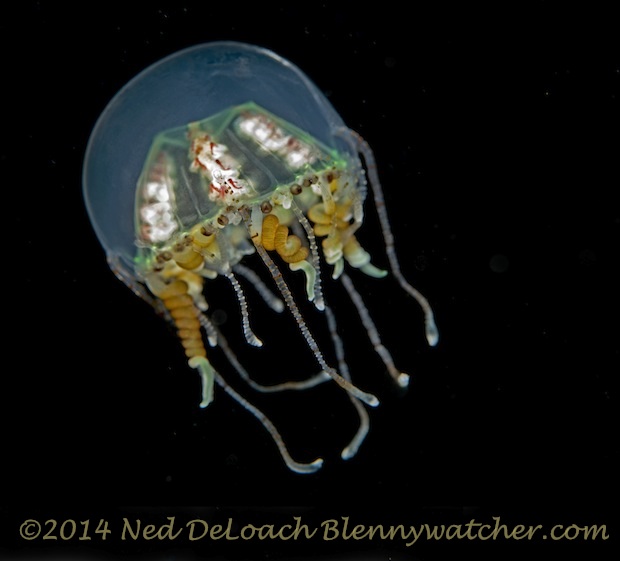 Here is the video from our Blennywatcher YouTube channel: