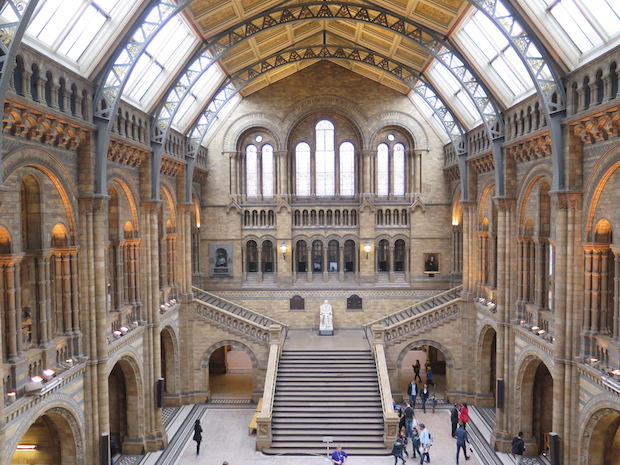 Years ago, Ned and I decided that when we were too old to scuba dive, we would spend our time visiting as many natural history museums of the world as we could. It recently occurred to us that we might not ever stop diving, so we should probably get on with the museums. A visit to friends, Cary and Jim Yanny, made the Natural History Museum, London the logical place to start. What a thrill to visit this beautiful building where a statue of our hero Charles Darwin looks out over the great hall: 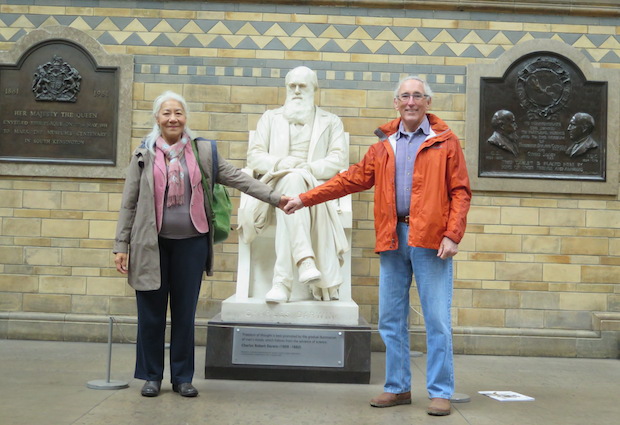 And we were pleased to see that Alfred Russel Wallace is honored with a portrait that hangs to Darwin’s left and the note below the painting: “Joint author with Darwin of the theory of Natural Selection.”

We could have spent several days here, but we only had a few hours. Skipping the long line at the dinosaur exhibit allowed us to make it through several of the other halls where we saw some old favorites and many things we’d only read about, like a Thylacine, also known as a Tasmanian Wolf. They were actually marsupials, not mammals, and this preserved individual is much smaller than I imagined. Once widespread across Australia, they are now extinct (although I understand there are occasional reports of sightings, which are unsubstantiated). 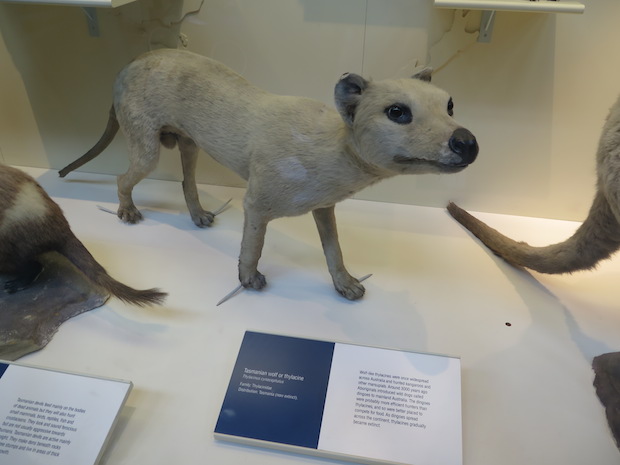 The Dodo, another very sad story of extinction: 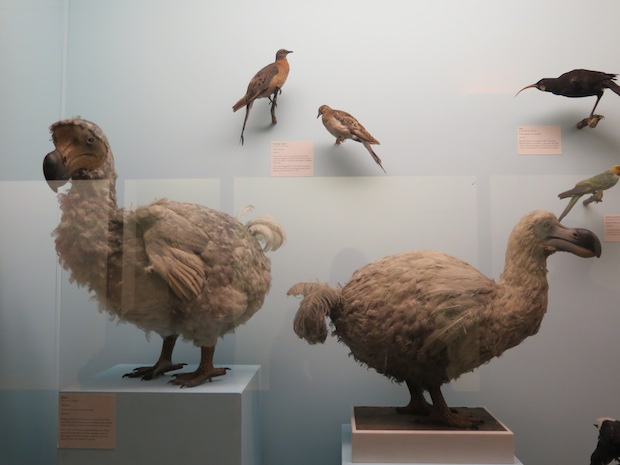 Ever since I saw the article by Bill Warmus about the Blaschka glass models of invertebrates, I have wanted to see one in person. This Blaschka octopus is exquisite: 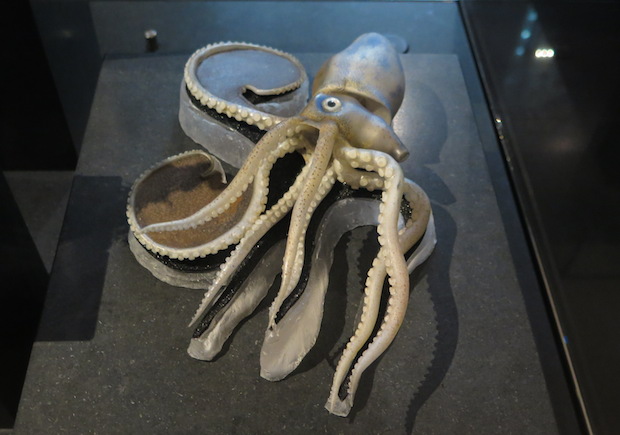 Wow, I want to see this fish in the wild! An Indian hump-head – the male carries the clutch of fertilized eggs on his head: 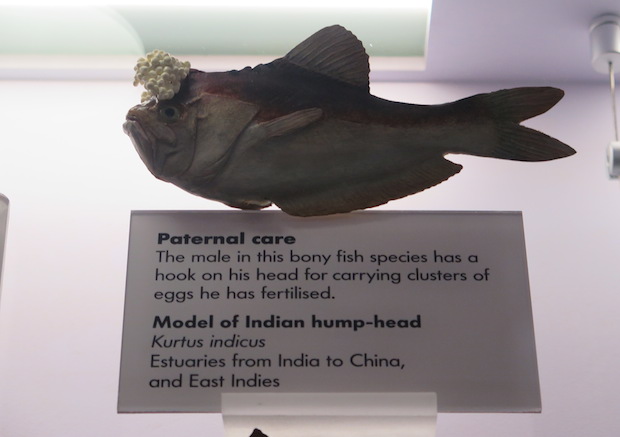 Behold – a display for sea bean anoraks!  What a surprise to round a corner and see a large image of a sea heart pod with the display of a seed cleverly encased so we can touch, but not make off with it: 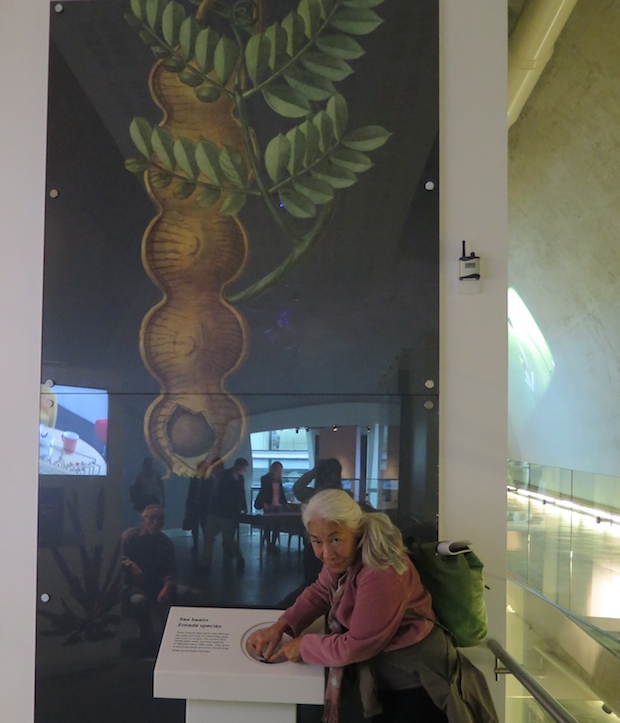 A Coco de Mer – the largest sea bean of them all! A.k.a. the sea coconut, this seed pod of a palm endemic to the Seychelles is the stuff of legends. This is probably the closest I’ll ever get to a real one: 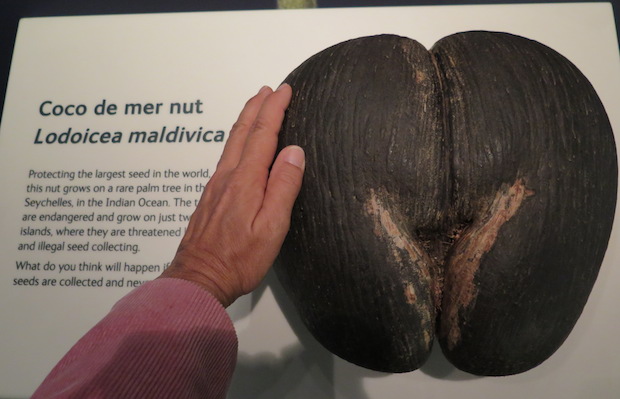 In the echinoderm exhibit, a model of a sea pig – and I knew what it was, thanks to Echinoblog: 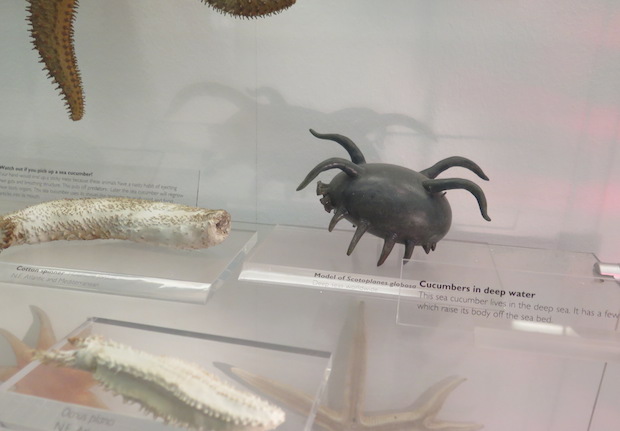 You could spend an entire day just looking at the building and all its ornamentation, inside and out. We learned the difference between a gargoyle and grotesque from our guide in Oxford – gargoyles have water spouts; grotesques do not. 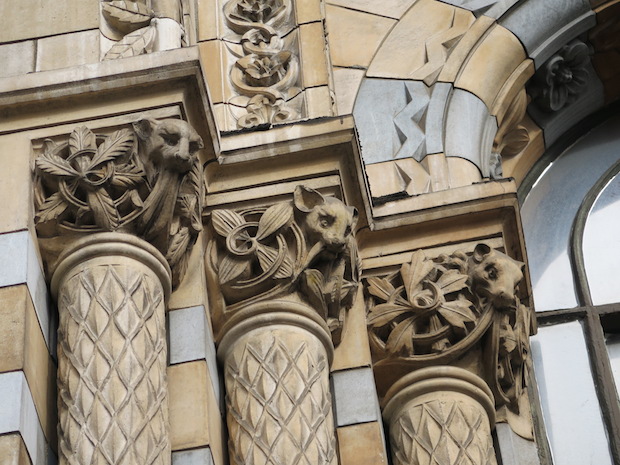 At the top of our wish list for England was a visit to Charles Darwin’s home, Down House. Cary and Jim obliged by driving us from their home in Woodstock, two hours away. What a comfortable place. It is gratifying to imagine Darwin and his family here: 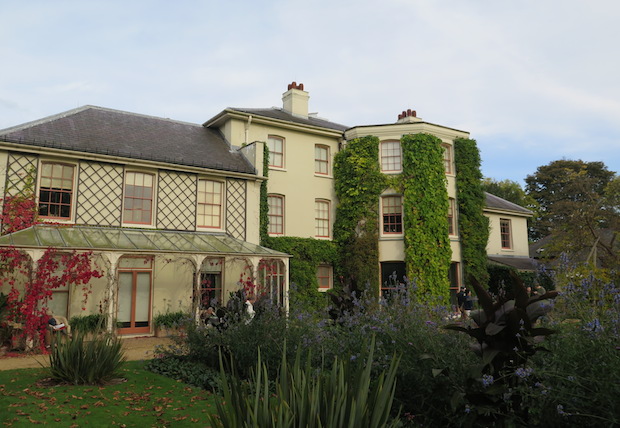 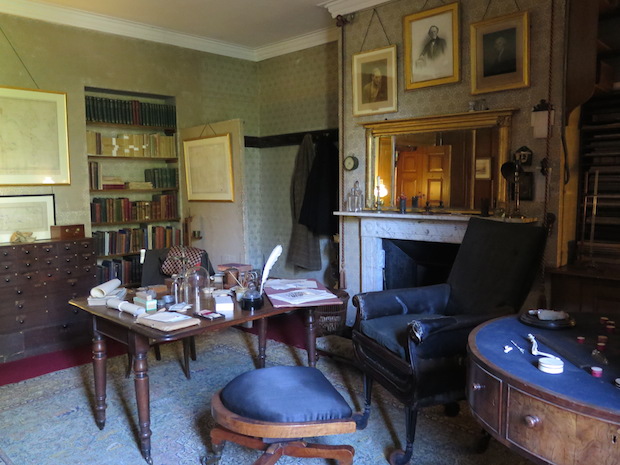 The Sandpath at Down House: 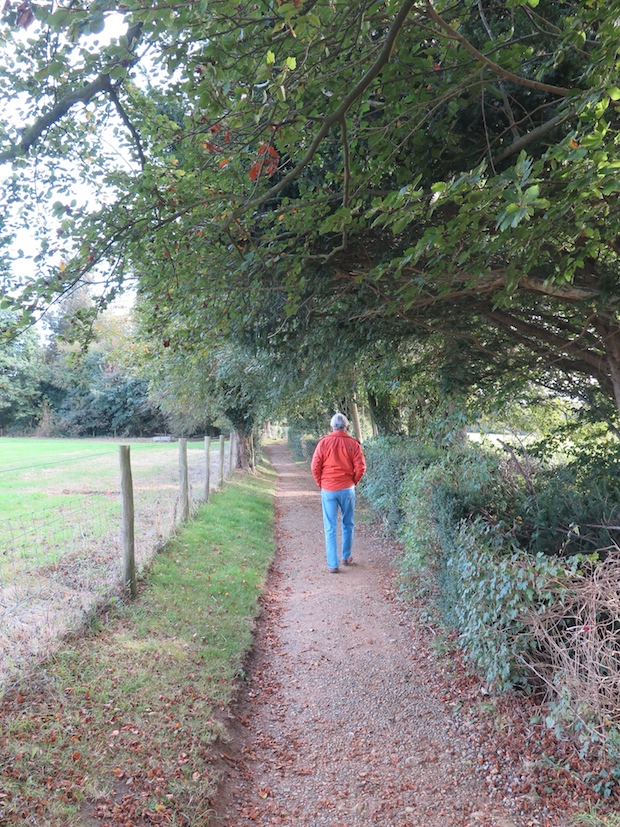 Next stop: France. We didn’t make it to the Natural History Museum in Paris; that will have to wait until our next time through. Our destination was the prehistoric cave paintings and drawings in the Perigord region. We visited the Le Musée National de Préhistoire in Les Eyzies, where it is impressed upon us what a small blip in time we Homos sapiens occupy on the planet’s timeline:

No photos are permitted inside the caves but the drive through the region is dotted with interesting sites, including remains of settlements built into ancient river-carved niches: 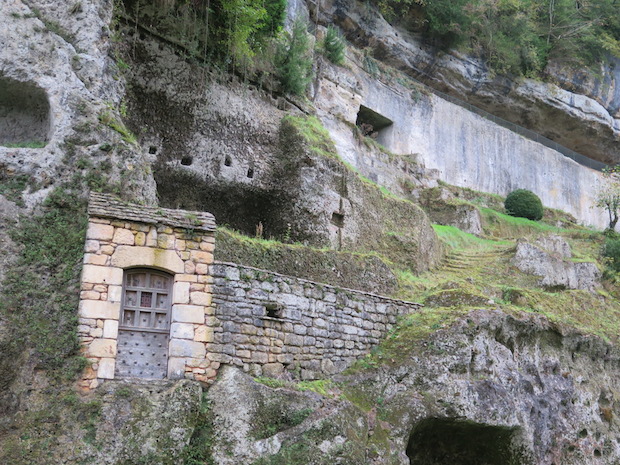 Standing under the 14,000+ year-old drawings of mammoths, horses and ibex of the Great Ceiling at Rouffignac is something we have long imagined and we were so glad we made the journey.