All I could see was a red speck but our dive guide, Kim Manzano, pointed insistently at what turned out to be a tiny, tiny nudibranch, Aegires malinus. Our trip to the Philippines this past April included a short visit to Anilao, a dive destination known for its macro subjects, including and especially nudibranchs. We are latecomers to the Anilao dive scene – many of our friends have been telling us to visit because the same sorts of fishes and invertebrates that we pursue in other favorite destinations are also here. Anilao is a 3-hour drive south of Manila and since we had to return to Manila after our Dumaguete adventure, we decided this was the time to add on a week and check it out. There were loads of our favorites, like coral gobies and ctenophores and a few first time sightings for our life lists like this spectacular Thecacera nudibranch: 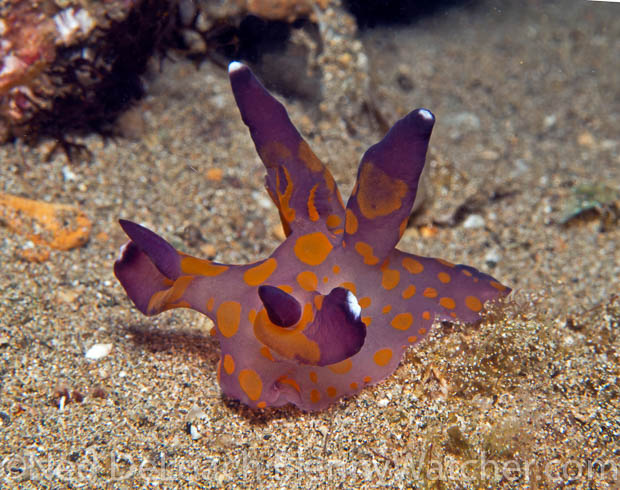 Ned found this gorgeous Comet, Calloplesiops altivelis, during a drift dive along a wall. We’ve seen many Comets but none this small, just a few inches long, with such vivid markings: 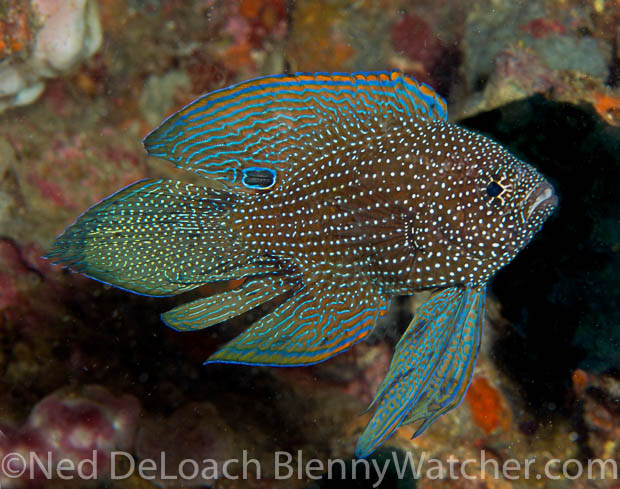 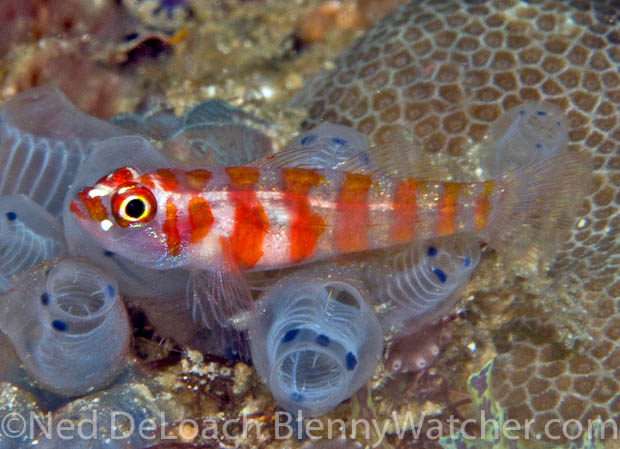 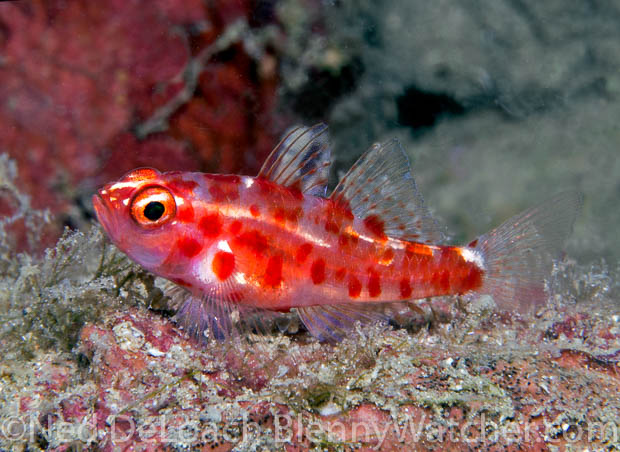 This little critter that looks like it’s sporting a jacket of fried eggs is a sea slug. Colpodaspis thompsoni has a fragile shell under its mantle: 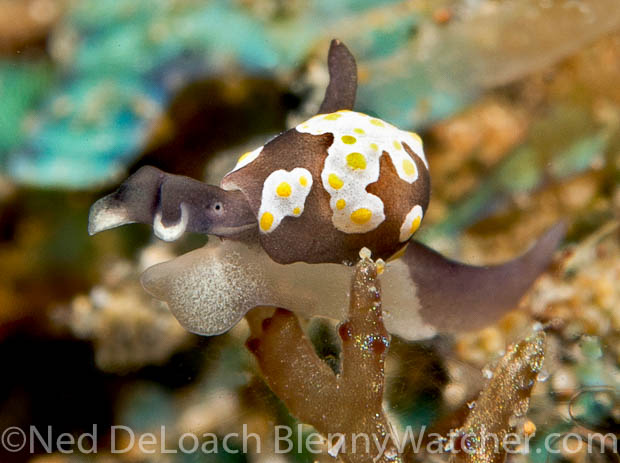 We couldn’t figure out why Ned was so obsessed with this Dragon Shrimp, until we saw his head-on shot: 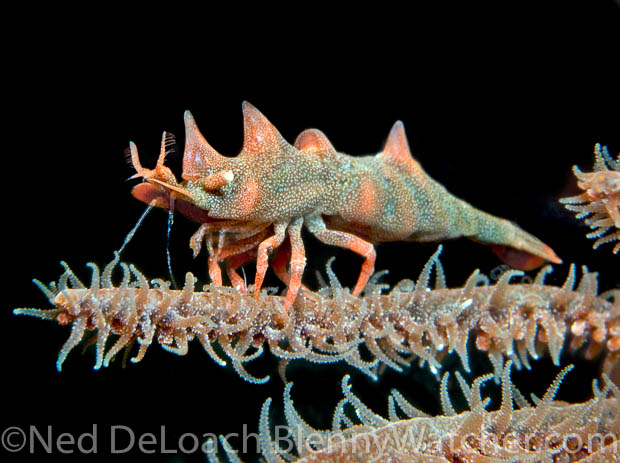 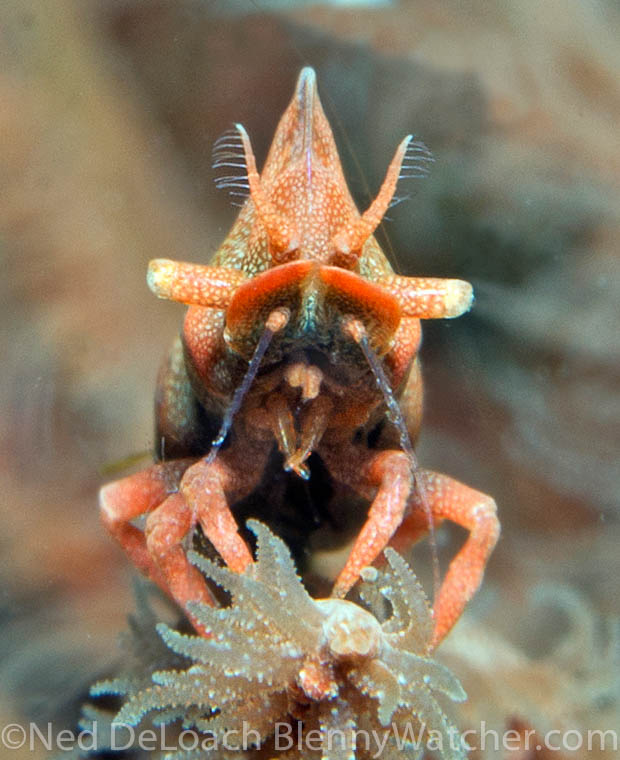 The Golden Hawkfish, Cirrhitichthys aureus, was an exciting sighting – another for my life list: 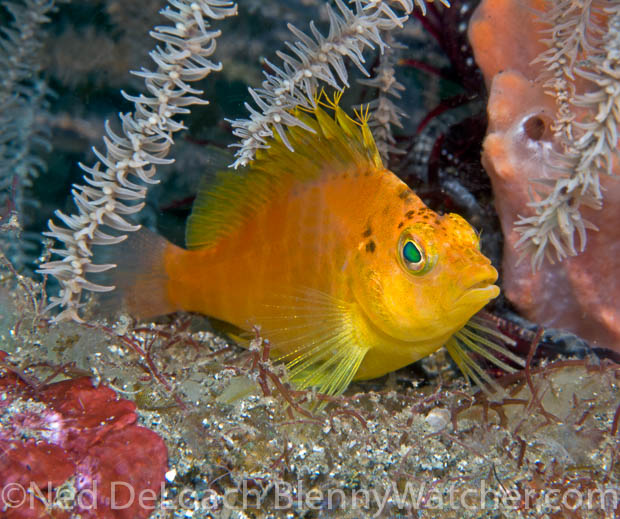 The Rumengani Pipehorse, Kyonemichthys rumengani was formally described in 2007 from a specimen collected in Lembeh Strait by dive guide Noldy Rumengan, who recognized it as an undescribed species. We have since seen it in Halmahera, Raja Ampat, Flores and now, here in Anilao. I know many destinations like to make fishes “their own”, so we have heard lots of different common names for this diminutive fish, but we know and have dived with Noldy, and to honor him, I’m sticking with Rumengani or Rumengan’s Pipehorse for the common name: 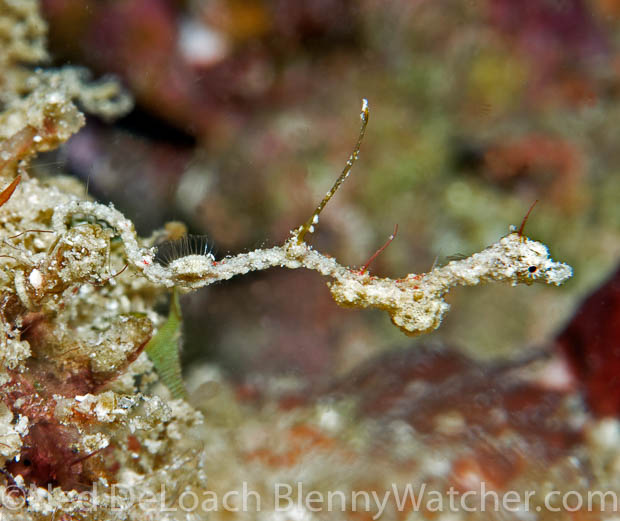 Nudi face anyone? Technically nudibranchs don’t have faces so don’t call me out on this one: 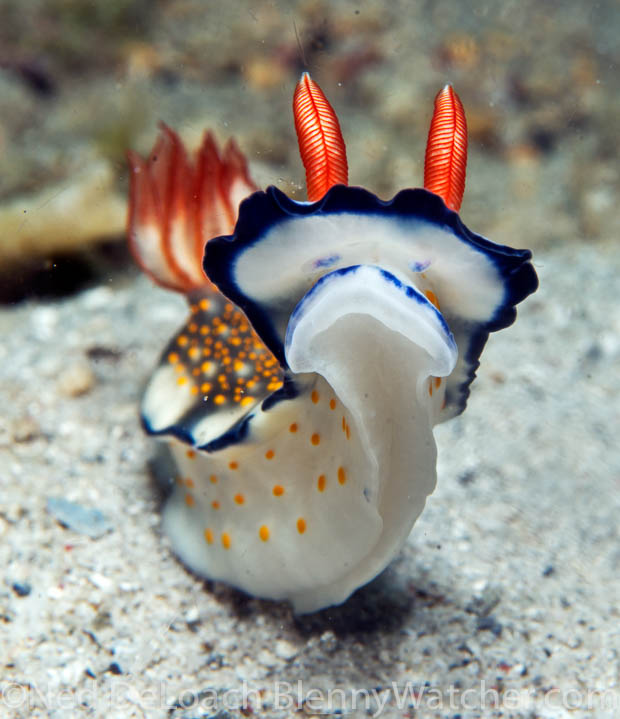 Once we got into a groove with our dive guide Kim I started making requests. One was for a tiny sap-sucking slug (say that three times really fast) in the genus Costasiella. “You know, the ones that look like little sheep,” I said. He knew exactly what I was talking about: “Oh yes, we also call them Baa-Baas.” I love that. This was the size of a head of a pin: 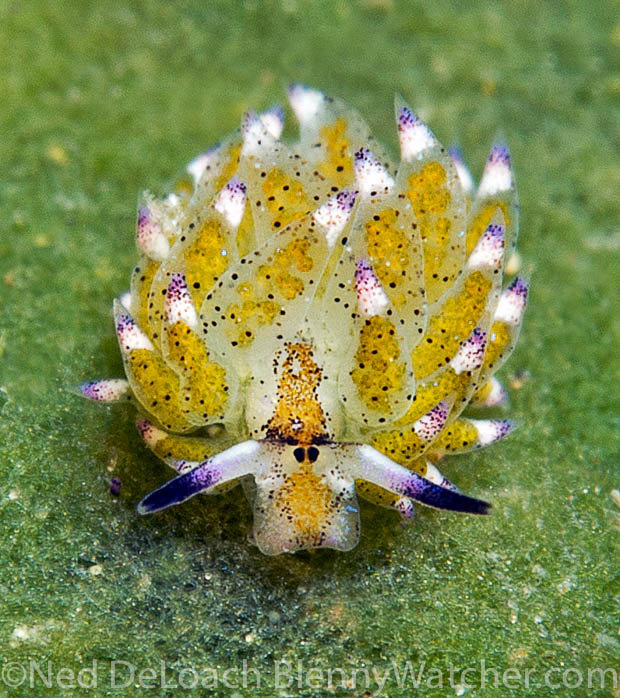 Since Anilao is famous for its nudibranchs, we close with two more that we really liked. I think they are Phyllodesmiums but not certain: 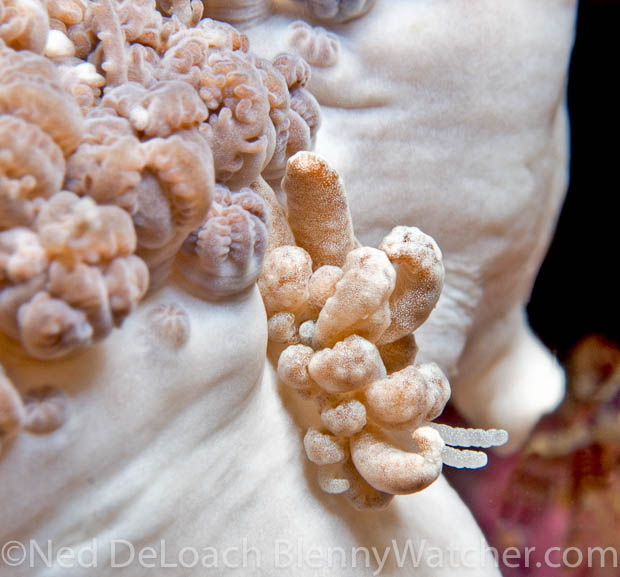