Lembeh Strait Part Two, November 2015 ~ Here is the second installment of favorite photos from our two-week stay at Eco Divers Resort Lembeh. Friends who visited Lembeh earlier reported unseasonably cold water and strong winds so we were bracing for the worst but as luck would have it, the wind died and water warmed just before we arrived at the end of October.  We have dived here in every month of the year but this month the bottom seemed more interesting than usual – maybe it was the cooler summer. Just coming off the publication of the second edition of Reef Fish Identification: Tropical Pacific, Ned was tuned into fishes but there seemed to be more octopuses and nudibranchs too. We left in the best way to leave a place: wishing we had one more day to go back and see that jawfish/blenny/flasher wrasse just one more time. 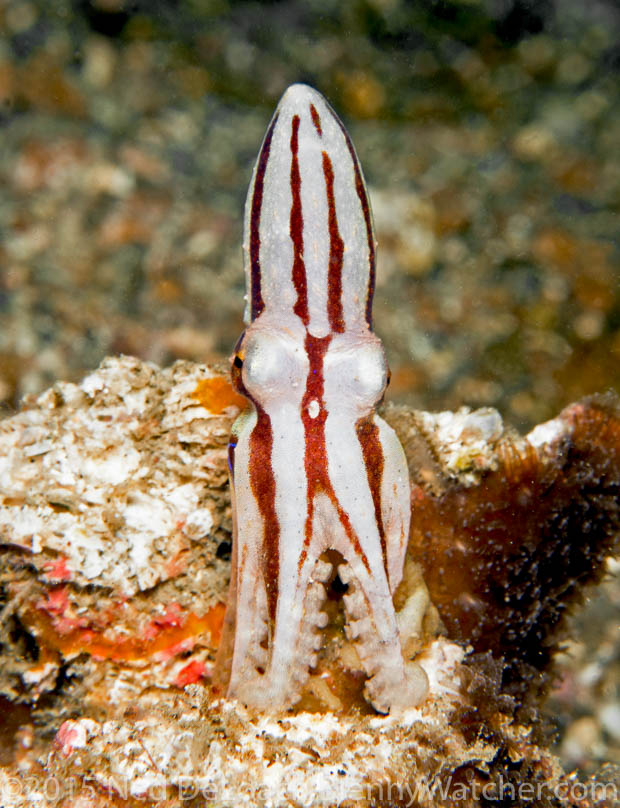 The Algae Octopus, Abdopus aculeatus, dancing across the bottom: 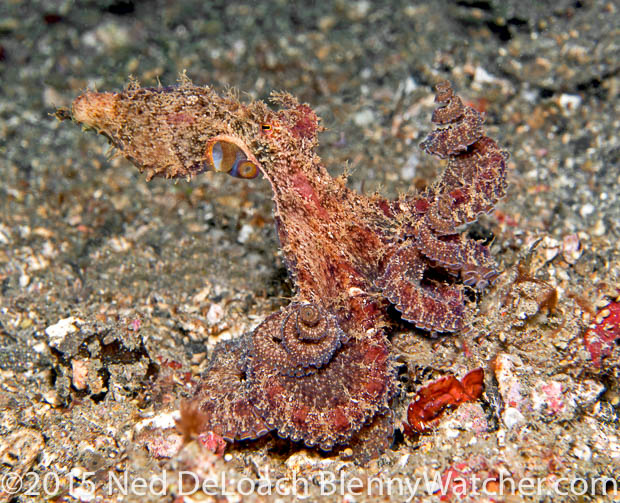 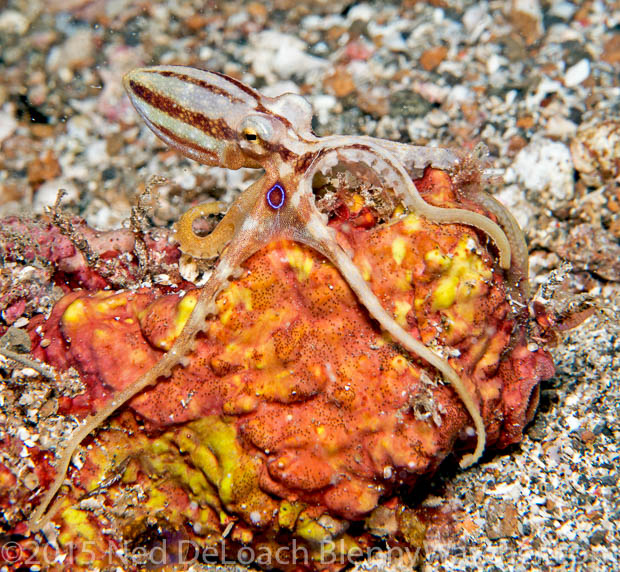 A scientifically undescribed one-inch jawfish leaps from its sand burrow. Although we could see these tiny jawfish jumping all around him, Ned had decided, after watching them on an earlier dive, that he had to just select one individual and work it. He spent an hour with this little fish: 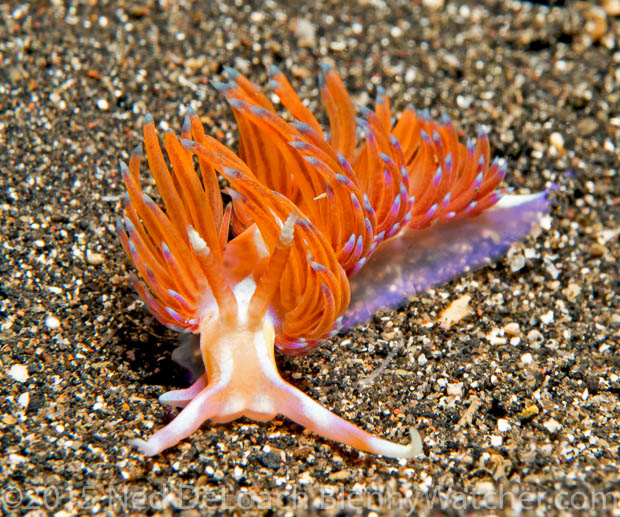 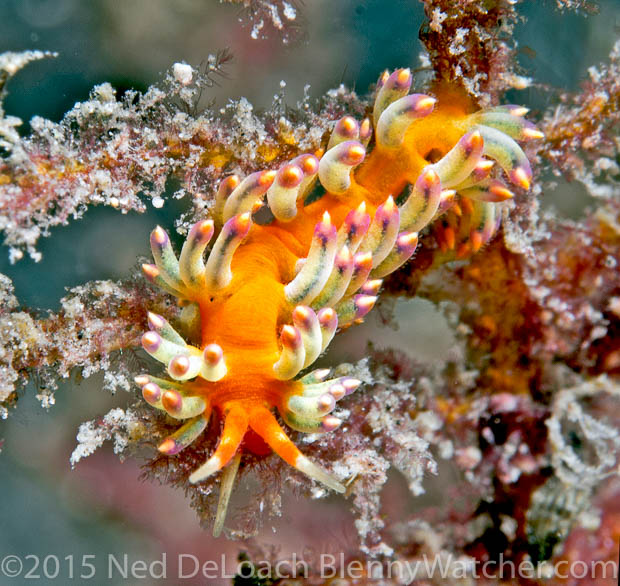 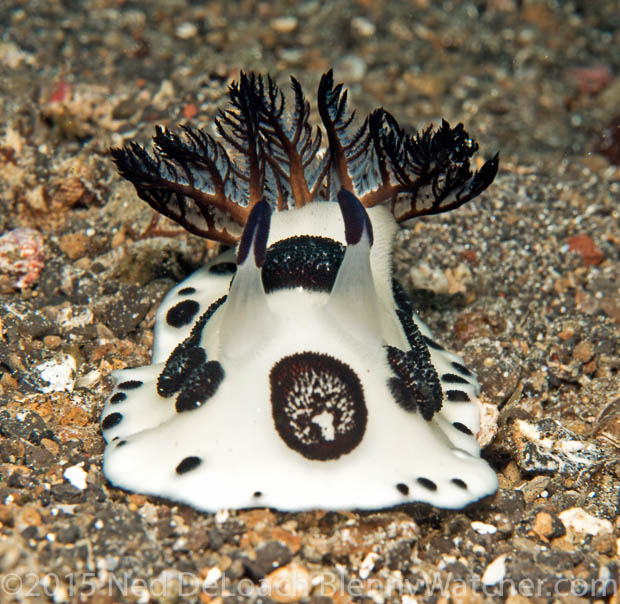 Instead of the traditional topknot of sponge, this Redspot Sponge Crab, Lewindromia unidentata, was carrying a clipped piece of soft coral: 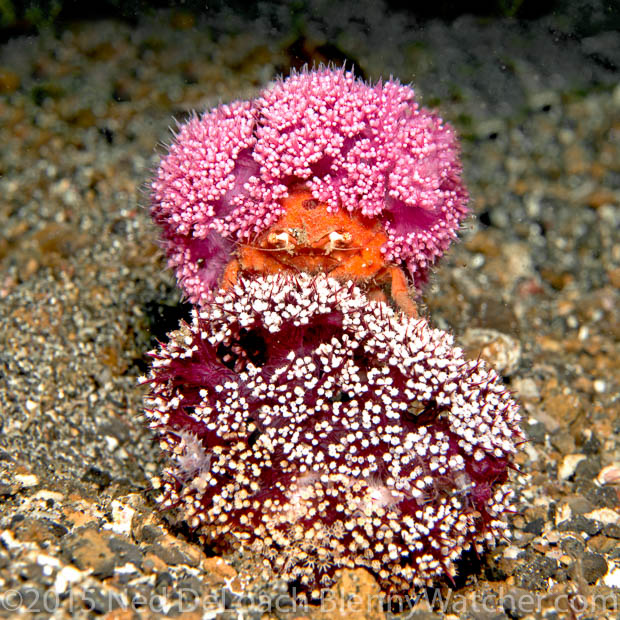 At the base of a soft coral, a squat lobster: 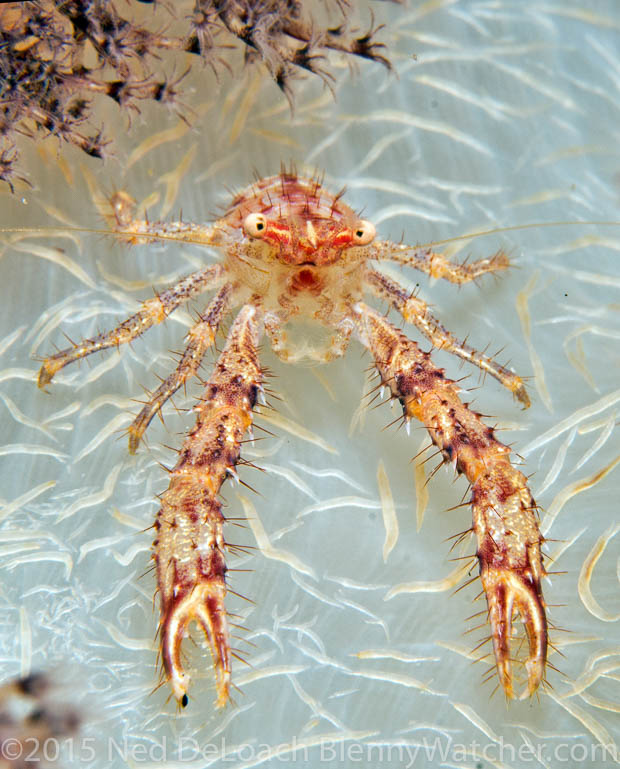 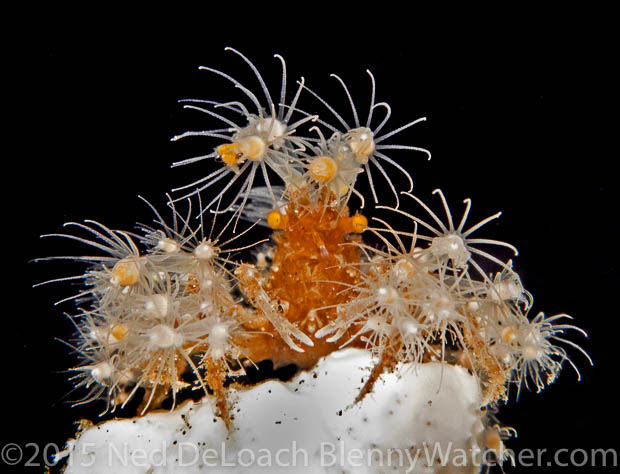 A Whitebelly Toby inflates with water to thwart being swallowed by a lizardfish:

Over the years of watching the behavior of squid and cuttlefishes, we’ve never actually made physical contact with one. After being followed almost the entire dive by an overly friendly Broadclub Cuttlefish, Anna extended her hand and much to our surprise, it eased forward and stroked her hand: 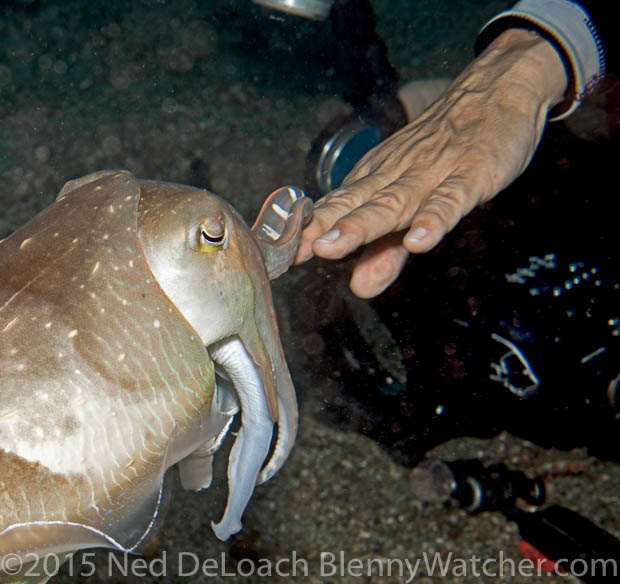 A False Cleanerfish, Aspidontus taeniatus, exposes its fangs in an effort to deter predators from its egg nest: 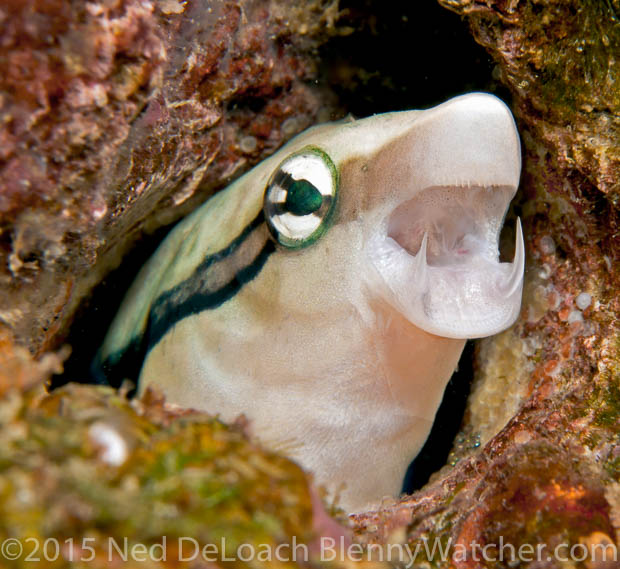 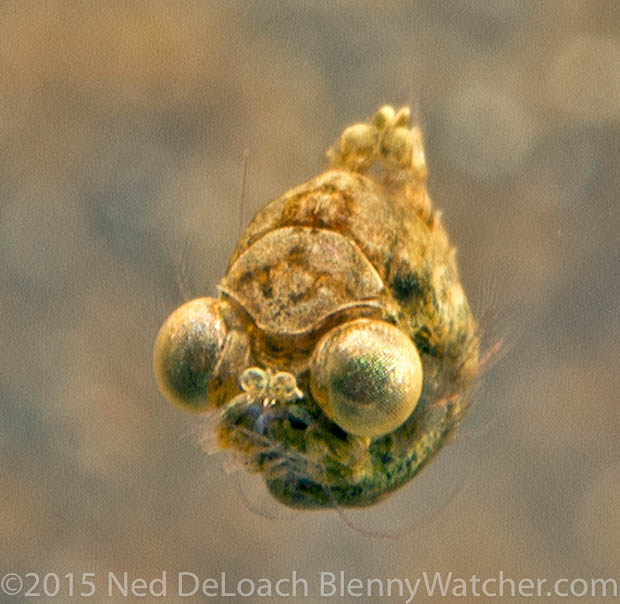