Happy Halloween! A decorator crab, Spiny Devilfish, fangblenny and a toothy eel -here are a few “spooky” animals for your Monday morning.

The little decorator crab from Pantar, Indonesia, is all dressed up with something, but we’re not sure what. Decorator crabs disguise themselves by plucking bits of algae, sponge or other living things and attaching them to little velcro-like spines all over their shells. Ned saw this one as it staggered across the sand. Every once in a while it would rear up, waving its arms in the strong current.

This Fangtooth Moray (Enchelycore anatina) looks really ferocious but like most eels, it is pretty shy when approached. The eels get a bad rap because of all their teeth but they aren’t threatening at all – they have to open and close their mouths to force water over their gills:

Now, here is a scary one for real: the Spiny Devilfish is an ambush predator that spends a lot of its time buried in the sand. Though menacing looking, these are not aggressive fishes: 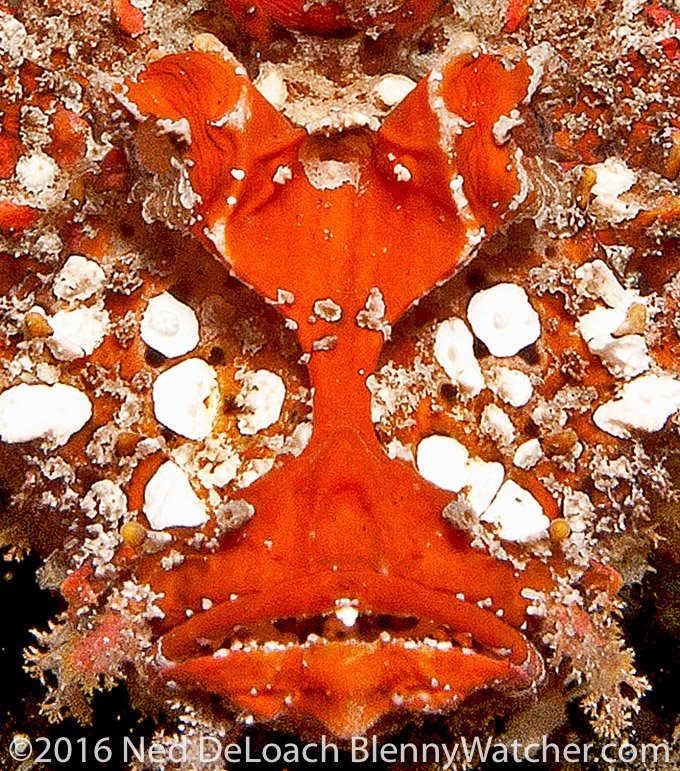 Closely related to stonefishes, the devilfishes produce venom that is injected through spines on their dorsal fin. Envenomation occurs when a wader accidentally steps on one or a diver inadvertently puts a hand down on one – a very good reason to avoid making contact with the bottom in the mucky areas where they live:

I saved the best for last – a blenny with fangs! This Shorthead Fangblenny, Petroscirtes breviceps, belongs to a group of blennies also called sabretooth blennies, named for the set of curved canine teeth in the lower jaw. This blenny isn’t venomous, but its cousins, in the genus Meiacanthus are. We wrote about the mimicry relationship among the fangblennies in our article, “Fangs” in the fall 2015 issue of Alert Diver (http://www.alertdiver.com/Fangs): 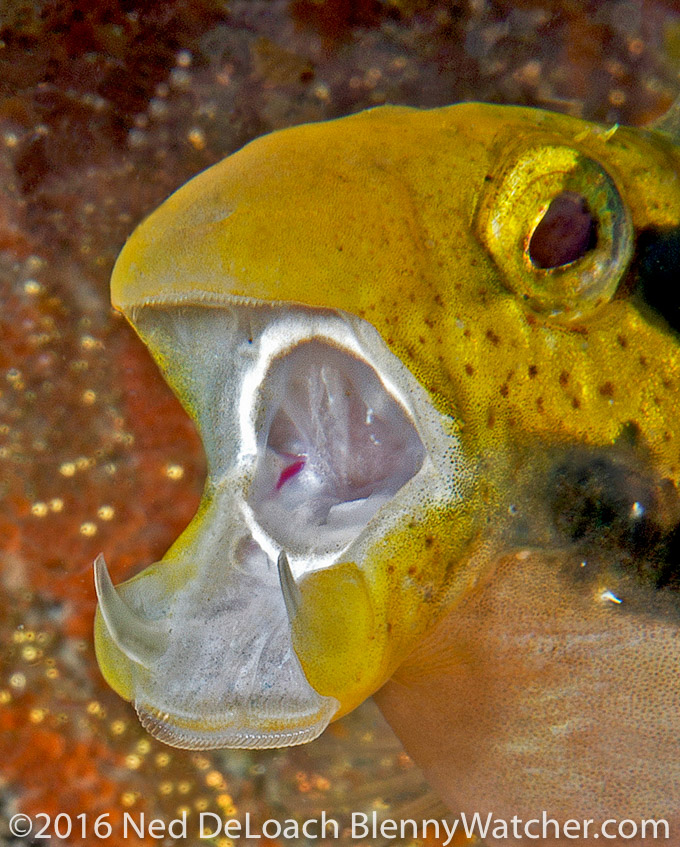 Hope you have a good week!