Revenge of the Frogfish 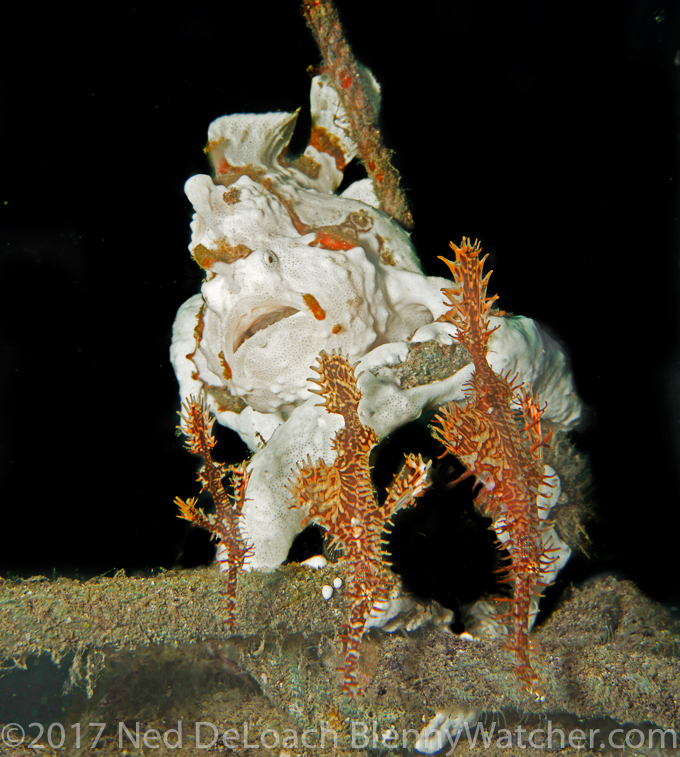 The principal of this piece is the most photographed frogfish living in the land of frogfish—Lembeh Strait, Indonesia. She’s a large, pregnant Painted Frogfish, the size of a grapefruit, that happens to be white—an unusual and conspicuous coloring for a typically unobtrusive lie-in-wait predator. Making the reluctant luminary even more obvious, she picked a perch high on the mooring line where everybody in the Strait with a camera can easily find her. Adding a splendid touch to the already remarkable photo op, a trio of Ornate Ghost Pipefish—icons of fish watchers—selected the same site to hang out. During their rounds the trio would occasionally drift past the stationary frogfish as a close-knit group, placing four celebrated animals in the same frame. I took a respectable portrait of the group during my first visit, but realizing the rarity of such an improbable mixture of nature I decided to return the following day to see if I could get a better shot.

All my life I’ve been hearing how unscientific it is to attribute human traits, intentions and emotions to animals. There is even a word for it: anthropomorphism. But the longer I observe animals in the wild the more aware I become of the uncanny and pervasive similarities between human and animal behavior. A case in point: by my second visit the popular Painted Frogfish of Lembeh must have had her fill of non-stop strobe lights flashing in her face and wasn’t going to take it anymore. But other than moving, what could she do? 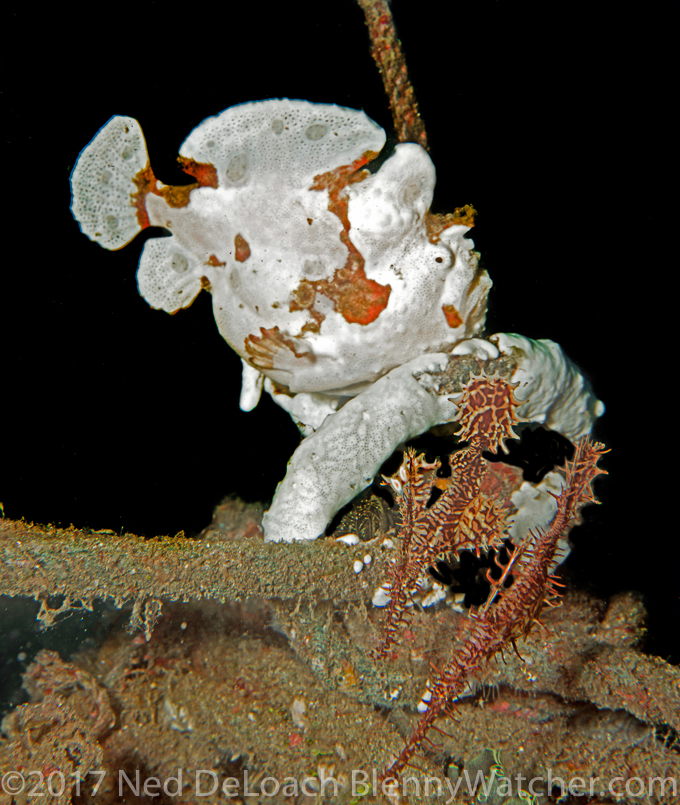 As I approach, the Ornates just happen to be positioned near the disgruntled Queen of Lembeh so I quickly settle on the sand next to the mooring block and snap away. Just as the participants align, her majesty begins to turn her bloated, egg-filled body around in a slow and inelegant frogfish fashion. The Ornates, sensing something I failed to pick up on, flee just before I receive a royal in-your-facemask dump. 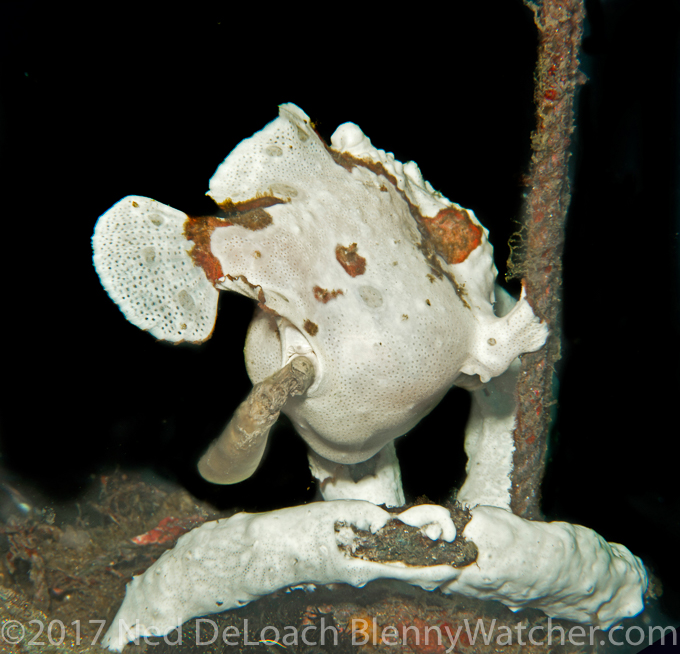