In the mid-1980s, Ned DeLoach and Paul Humann were introduced by mutual friend Clark Pitcairn. Both Ned and Paul had had already published separate titles and were established photo journalists writing for various scuba-themed dive magazines. Ned had recently been retained to serve as editor-in-chief by the new owner of Ocean Realm magazine, based in Jacksonville, Florida. Ned invited Paul to join him on the project and the two successfully produced Ocean Realm for two years. Finding they worked well together, they partnered to produce their best-selling series of marine life identification books. The first title, Reef Fish Identification: Florida Caribbean Bahamas was quickly followed by two more volumes, Reef Coral and Reef Creature Identification, which together are known as the Reef Set.

The second edition of Reef Fish Identification received the Independent Book Publishers Ben Franklin Award for Best Reference Book of 1994. Their article, “Bahama Fish Tales”, published in the February 1996 issue of Sport Diver Magazine, chronicles their search for additional species for the second edition of the book.

Today, their eleven titles are distributed through their company, New World Publications.

Ned DeLoach moved to Florida in the late 1960s to scuba dive. His teaching career gave him the freedom to dive on the weekends and summers. His first book, “Diving and Recreational Guide to Florida Springs” was co-authored in 1972 with fellow Texan and college chum, Pete Velde. A couple of years later, in 1974, Diving Guide to the Florida Keys was published.

In 1977, the Florida Springs and Florida Keys books were combined into Diving Guide to Underwater Florida. Of note, was the special section about cave diving and the importance of proper training before entering Florida’s water-filled caves and caverns. Ned had accompanied his good friend Sheck Exley on many cave dives, including the first in the Yucatan Peninsula of Mexico. Sheck felt very strongly that the key to preventing more deaths in the Florida Springs was by educating divers, so he provided much of the cave and cavern information for the book.

Ned Deloach’s Diving Guide to Underwater Florida was in publication for 40 years; the final, eleventh edition went out of print in 2019. 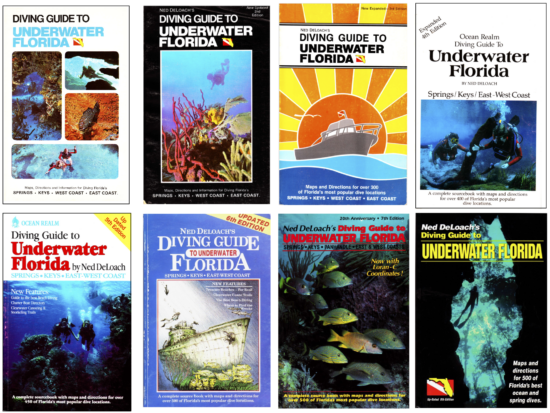 When Ned and his wife Anna married in the mid-1990s, they embarked on a project to observe and record reef fish behavior. Bimini, Bahamas, where Anna had taken an early retirement from the computer industry and held part-interest in a scuba diving business, was the natural place to begin what became life-long passion. After Ocean Realm magazine was sold again, the new owners invited Ned and Paul to continue writing for the magazine.

In 1995, Ned and Anna started their Ocean Realm column, “Underwater Naturalist”, chronicling their fish behavior observations. Diving in Bimini offered the luxury of returning to the same dive sites until they knew the different fish communities by heart, This unique opportunity provided the insight necessary to write about what they observed every day: Yellowhead Jawfish with eggs, Banded Jawfish building burrows, mating hamlets, cooperative feeding behavior between eels and groupers.

Those early articles formed the foundation for the first edition of Reef Fish Behavior, published in November 1999. Their September 1999 column in Ocean Realm announcing the publication of the book chronicled fishy tales of their heady Bimini days.

Twenty years later, in November 2019, the second edition of the book came off the press. 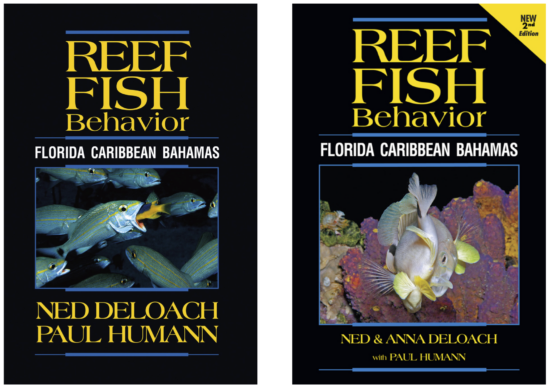