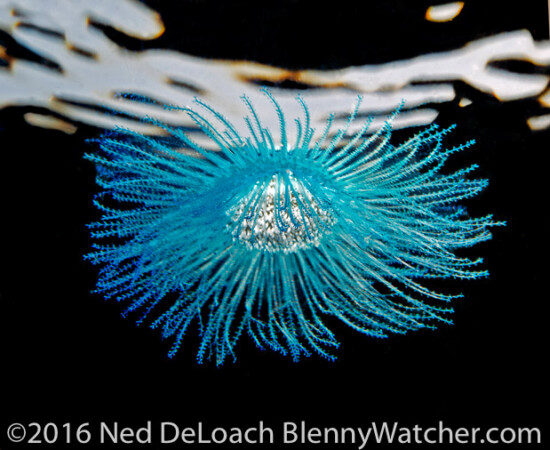 Philippines: March, 2016 ~  Here is Ned’s Anilao Portfolio of some of his favorite photos from our recent stay at Aiyanar Beach and Dive Resort. Last year, when we visited in late spring with a group, we asked our dive guide, Kim Manzano, when his favorite season was for diving there. Being the good dive diplomat, he wouldn’t commit to a best time but advised that we’d likely see different things if we came when the water was a little … Read more 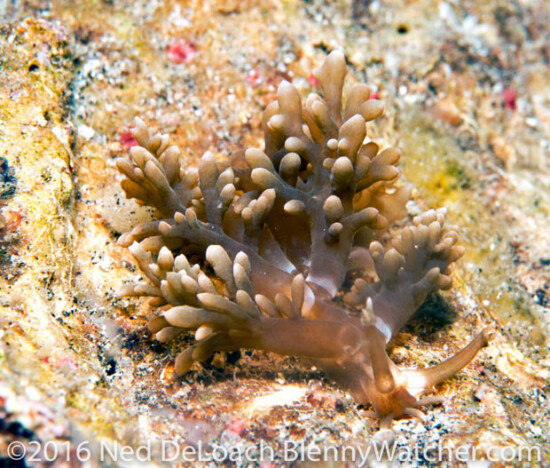 Here is one more Melibe nudibranch, Melibe digitata, added to our life lists during our visit to Lembeh Strait, Indonesia in November 2015. We were near the end of our dive, slowly working our way up the slope to the surface. Our guide, ‘Man Tampilang, turning over rocks and coral rubble, found two of these very close to each other under separate pieces of rubble. They were so small – about an inch long – that I didn’t realize they … Read more

In May 2012, Ned returned from a dive in Lembeh, Indonesia, with images of this tiny, clear Melibe nudibranch. He had been working the very shallow black sand shelf with our guide, while I was below them at 60 feet, taking video of another, much larger species of Melibe. I was pretty satisfied with my Melibe -until I saw the image of his, which happened to be a species neither of us had ever seen before. I managed to talk … Read more 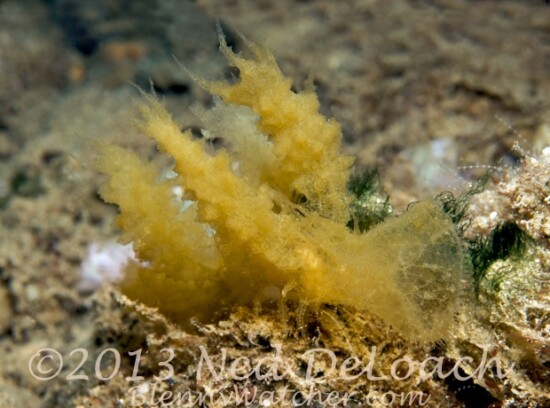 Ambon, Indonesia, April 2013 ~ I don’t know what made me touch the little piece of tufted algae – At that moment, I should have been concerned with surfacing and getting myself back to the tender waiting off the beach in the raging rainstorm that had started up while we were diving. But touch it I did and with a jerk, it bolted up off the bottom and started writhing through the water. It was a Melibe nudibranch and one … Read more 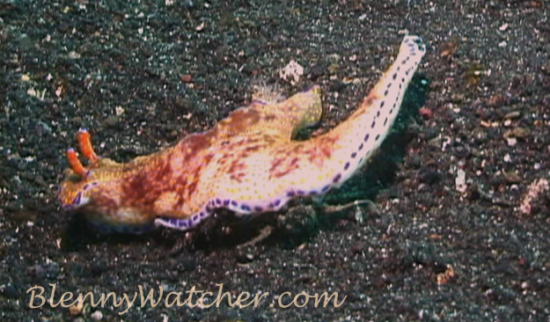 Happy Friday! The photo above is an Urchin Carry Crab (Dorippe frascone) doing what it is supposed to do: carry an urchin for camouflage – that’s how it got its common name. These particular crabs of the family Dorippidae, have modified back legs that they use to grip the urchins or other assorted matter like leaves or discarded shells. They are muck diving icons – we see them on many dives. Below is a picture of a crab that has … Read more 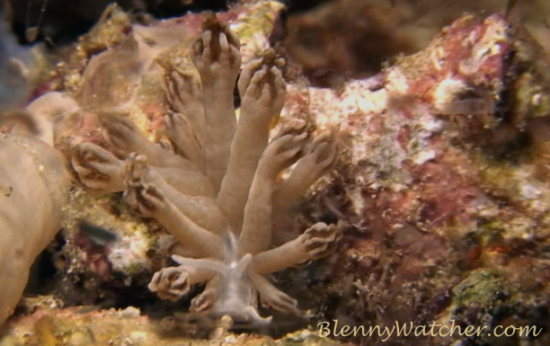 November 2012 ~ Blennywatcher is still on the road and delighted to report that we’ve managed to add quite a few species to our life lists during this cruise around Batanta, Indonesia, including this nudibranch, Rudman’s Phyllodesmium (Phyllodesmium rudmani). Nudibranchs are sea slugs, shell-less marine snails; a group that includes some of the most colorful and beautiful invertebrates on the reef. This is one that we’ve long wanted to see. Our guide, Yan Alfian seemed pretty confident that we’d see … Read more

Under the Laha dock in Ambon is not the most scenic dive site in the world, but what an amazing place for critter watching. This seahorse, pointed out by my friend Wendy McIlroy, looked like it was eating a nudibranch. Theoretically nudibranchs exhibit aposematic coloration, bright colors that warn would-be predators that they are toxic or distasteful, but maybe this seahorse was colorblind. Once I settled down and focused, it was obvious that the little flabellina wasn’t breakfast – it … Read more