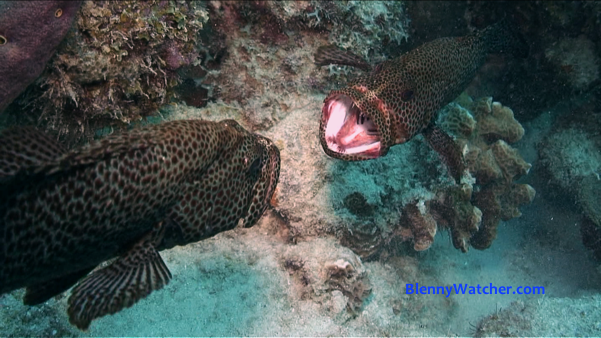 Graysbys are small Caribbean seabasses that are fairly solitary. We noticed that they are much more active during the same week that the corals spawn and it is a good time to see fighting fish action. Some times they lunged at each other, sometimes they just stared each other down, then one or the other would take off to join a waiting fish, presumably a female. We were fairly certain the battles were territorial wars connected to spawning activities, but even though we had looked for it, we had never seen Graysbys spawn. When we finally saw it, we understood why we had missed it. It is so fast and so low to the reef that it can be easily missed.