Dominica 2014 ~ Two of our recent posts have been about our visit to Dominica in the eastern Caribbean. There were too many photos for one post, so this is Dominica Fishes – Part 2. The lizardfish below is a Sand Diver, Synodus intermedius. Just after entering the water at one of our favorite Dominica reefs, Danglebens Pinnacles,  I saw Ned make a dash for the sand down at 80 feet. He had seen the Sand Diver sitting very still, with its mouth wide-open. This could only mean one thing: it was being cleaned. Fish often flee from their cleaning stations as soon as divers approach, but Ned is a master at knowing just how close he can get and he was able to capture the tiny Pederson’s Cleaning Shrimp as they worked their way around, removing parasites from the mouth and gills of the fish. 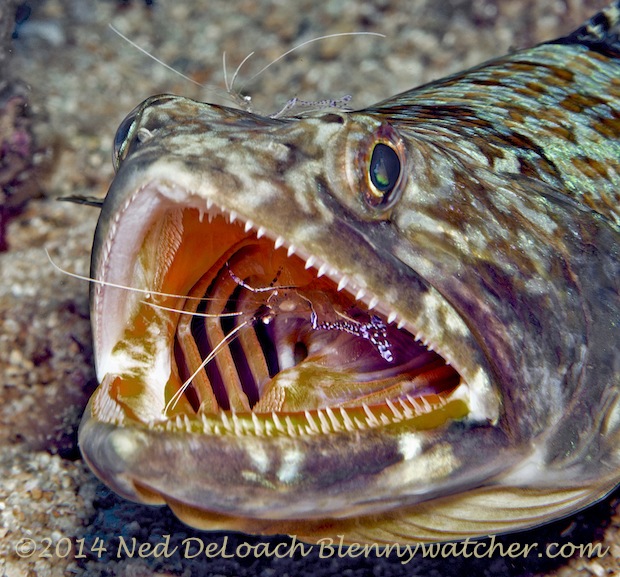 One of my favorite finds of the trip was this juvenile Longspine Squirrelfish (Holocentrus rufus). We were making a night dive to count fish for REEF and our group, in typical surveying fashion, was spread up and down Champagne Wall. On the way back to the boat, I decided to explore the grass bed just off the reef, when a silvery/blue flash caught my eye. Wow, bright neon orange eyes with a metallic blue back – this was unlike any fish I had seen before and I had no camera and there was no diver with camera in sight and no one saw me signaling wildly for ten minutes for someone – anyone – to come take a look. Finally, Mike Poe showed up to save the day. Back at the resort, Cassandra Neal immediately called it as a juvenile Longspine Squirrelfish, based on the dorsal fin, which was not really visible to the naked eye but showed up beautifully in Mike’s photo. Dr. Ben Victor confirmed it, saying the tiny fish had likely just settled. 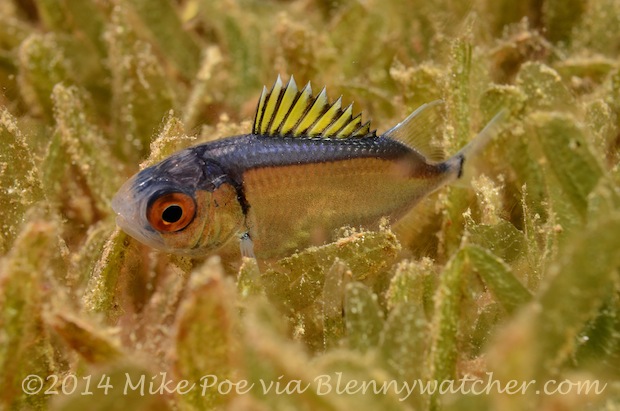 Ned spotted this five-inch long juvenile Bluespotted Cornetfish (Fistularia tabacaria) as it was drifting in open water, heading for the lone gorgonian out on the sand plain. Tiny and wispy, it disappeared into the feathery gorgonian – I was hoping to see it the next day when we returned to the site, but it was either too well camouflaged or had moved on. 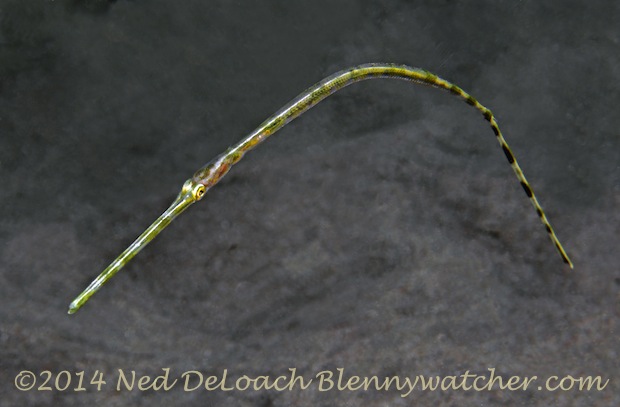 We didn’t see as many Yellowface Pikeblennies as we did on 2011, but we’ve learned that populations come and go and tend to be larger when the water is warmest: 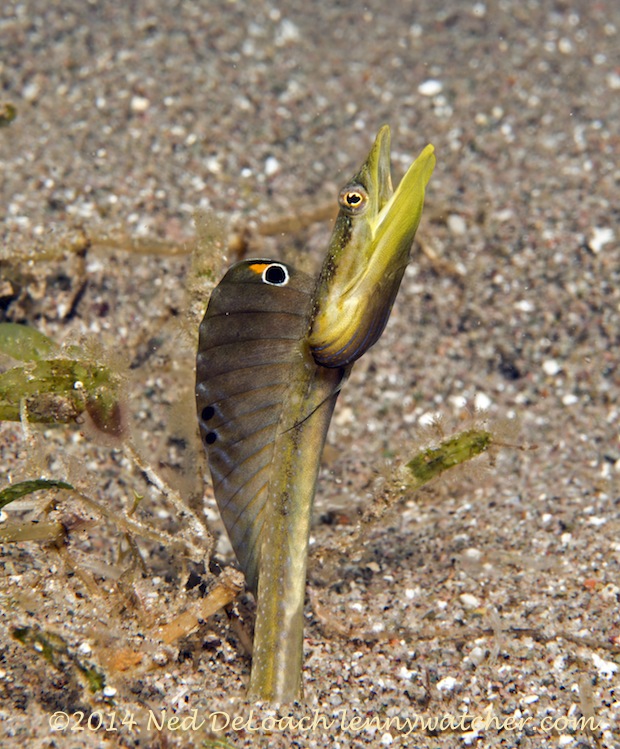 The Mutton Hamlet (Alphestes afer) is another good sighting for fishwatchers. This is where common names can be so confusing. The Mutton Hamlet is a seabass but is not a hamlet like the ones we are usually referring to in the genus Hypoplectrus (which are also seabasses). 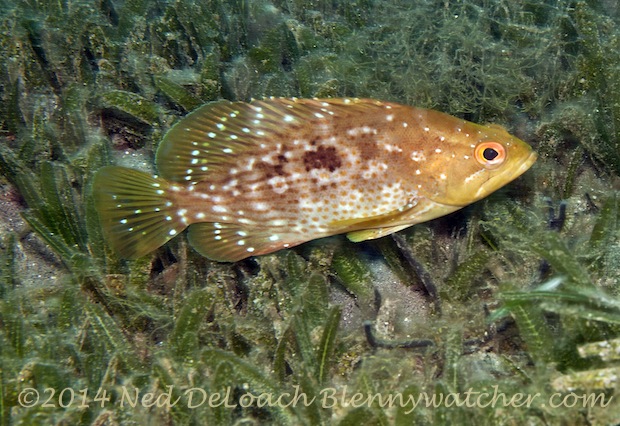 Another fish that is more commonly seen in the eastern Caribbean is the Spotted Snake Eel (Ophichthus ophis), usually seen during the day with just their heads protruding from the sand. 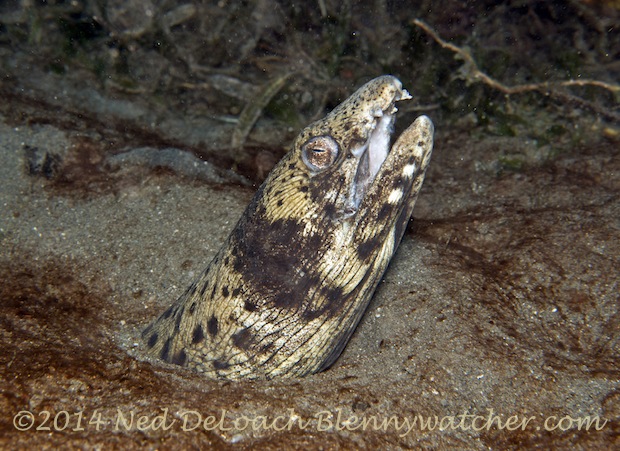 A fish list wouldn’t be complete without frogfish. Our guides showed us quite a few but this Longlure Frogfish, perched in a colorful sponge was the prettiest. Its lure, at the end of a modified dorsal fin spine is used to attract other fishes, which the frogfish hoovers in with a very fast gulp. 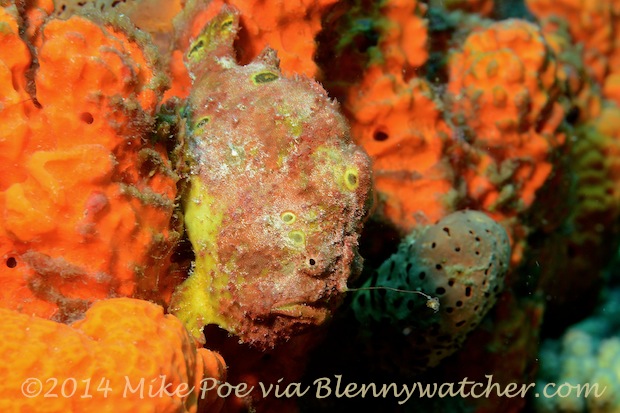 Check in with us next week when we share finds from Dominica’s grass beds.