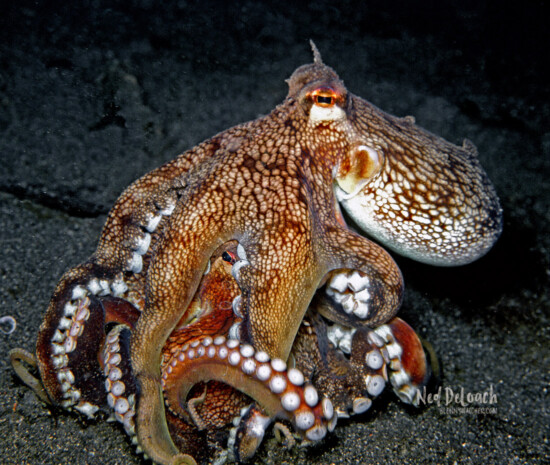 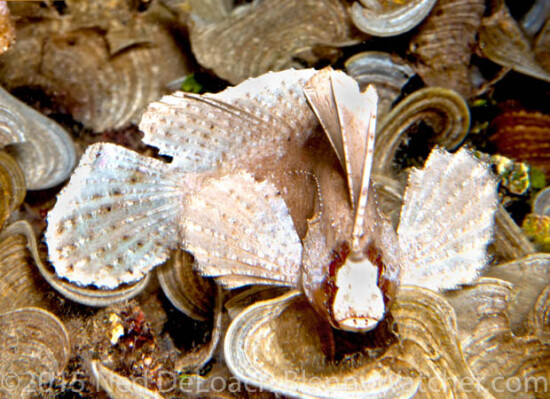 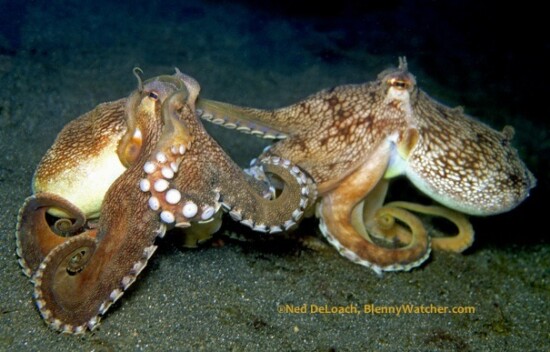 NOTE: We have republished the story, with additional images in a July 2020 post on this blog. In the field, I scout for rare or unusual animals for Ned to photograph for our magazine articles. I use a video camera to record their behavior for later analysis and over the years have ended up with hours and hours of footage. For two weeks in the summer of 2005, we dived with a pair of Coconut Octopuses, Amphioctopus marginatus. This cephalopod … Read more