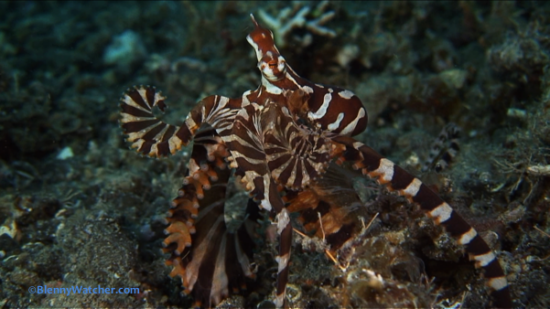 I See You, Wonderpus!

We followed the Wonderpus octopus (Wunderpus photogenicus) for most of our hour-long dive. Occasionally it would disappear down an impossibly small hole and emerge a few minutes later. Was it was after prey or trying to elude us? We suspected prey because it didn’t seem very concerned by our presence. In my video, (at the end of this post) a shrimp goby attacks the octopus as it approaches the goby’s burrow. The octopus was undeterred and emerged from the goby’s … Read more I See You, Wonderpus! 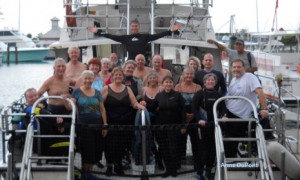 Since this summer’s launch of Blenny Week, we have been on the go! Some planned and several unforeseen (but necessary) road trips have kept us running. Three short trips were all we could manage to Riviera Beach’s famous Blue Heron Bridge.  We owe much of our success there to the local crowd, known to some as the Mucksters (a subset of whom are also known as the Ladies of the Muck), who dive the area every week and share their … Read more On the Road: Blue Heron Bridge Dives