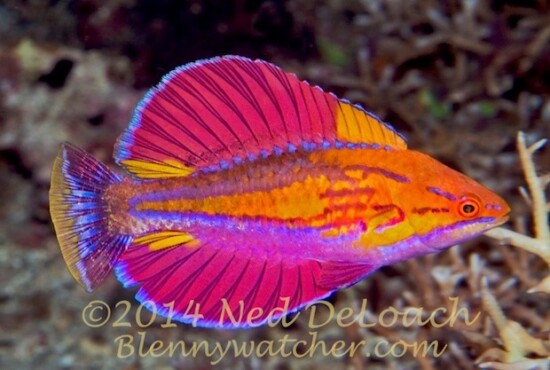 Banda Sea, April 2014 ~ This algae covered decorator crab, found by Ned on a night dive off Pantar, Indonesia, is one of my favorite images from our April trip around the Banda Sea. We boarded the Dewi Nusantara in Ambon and dived our way down through and around the southern perimeter of the Banda Sea and across through the Alor region, ending in Flores. And oh, what a trip! Last year, I posted about the little bryozoan goby that … Read more 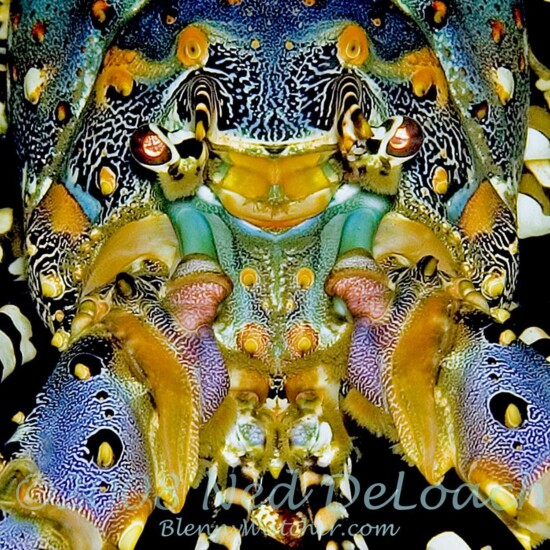 It seems that every one of Anna’s and my favorite photos comes with a story attached. Our encounter with a night-prowling lobster is one of my favorites. It took place a few years back in Lembeh Strait, Indonesia where we were spending most of our time diving after dark searching for new crabs and other critters to include in Reef Creature Identification—Tropical Pacific. Our guide, Liberty Tukunang, and I slipped away from Anna and her bug-buzzing video lights to explore … Read more 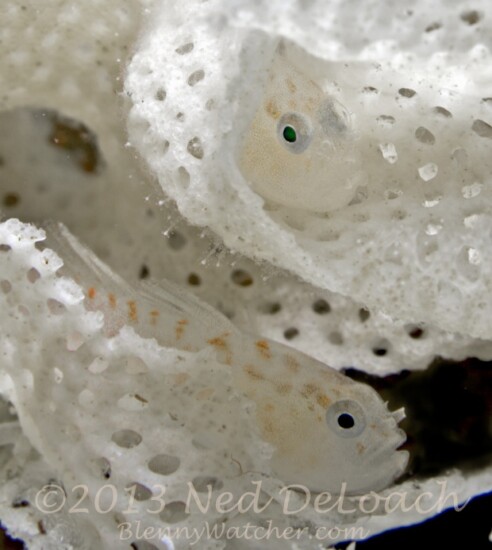 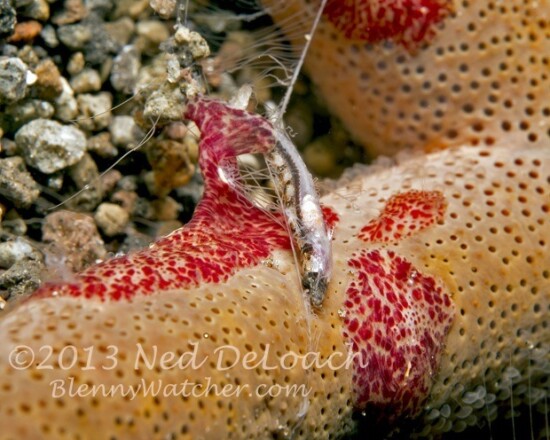 March 2013, Halmahera, Indonesia ~ Oh no! Right before my eyes, my beloved benthic ctenophores, so delicate and colorful, have metamorphosed from gentle plankton netters to smothering killers of fishes and crabs! Drifting over a black rubble slope off Makian, our guide Yann Alfian points out a ctenophore-covered starfish. During our October trip around Batanta aboard the Dewi Nusantara, Yann asked me why I was spending so much time looking at these things on the starfish. I explained that these … Read more 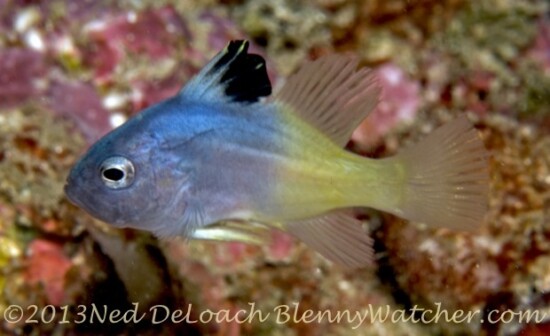 March 2013 – Waigeo, Indonesia In October 2012, I found a tiny fish that I couldn’t identify. It was wary, darting into a small hole when I got too close. I shot video, noted the location and on the afternoon dive, navigated back to it so Ned and several others could take photographs. Back on the boat we decided, based on its body shape and distinctive dorsal fin that it had to be a juvenile Doublebanded Soapfish (Diploprion bifasciatum). Other … Read more 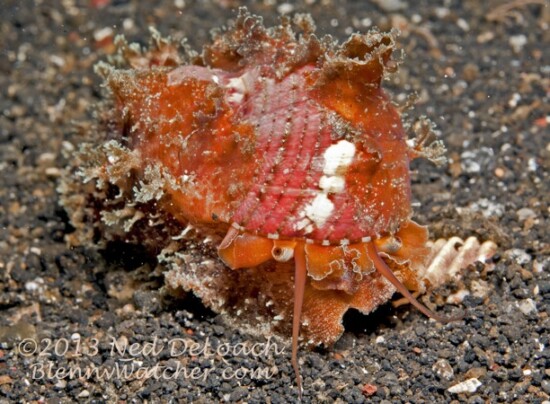 January, 2013 ~ We are rock turners. Ned figures it takes about a 1,000 rocks to score a hit by uncovering some rare or unusual animal. Just offshore small villages or under piers, where we often dive, the hunt involves more trash than rocks but whatever we are turning over, it is exciting to uncover some cool crab or worm or my current favorite, a stomatellid. Our dive guide Denny discovered the 2-inch Papery Stomatella, pictured above, when he picked up … Read more 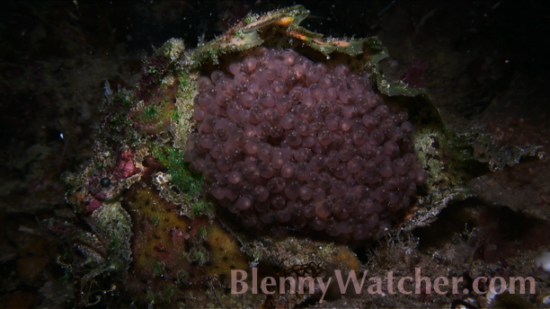 November 2012 ~ We have just returned from a cruise aboard the Dewi Nusantara around Batanta and Waigeo, two islands in the Raja Ampat region of eastern Indonesia. If I had to rank my top 10 favorite dives of all time, I would include a 2007 night dive off Batanta when we saw this frogfish, Lophiocharon sp., with her clutch of eggs. The only divers still in the water after a two-hour dive, we were on our way back to … Read more 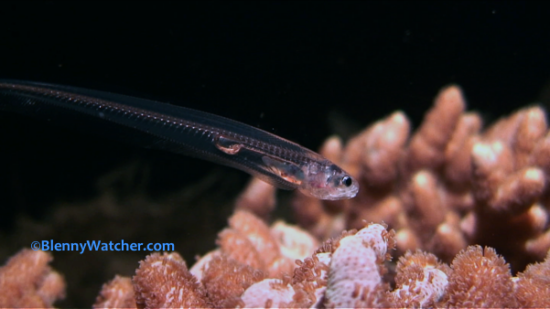 Pantar, Indonesia, 2006 – I have said it many times: Not a fan of night diving. Our liveaboard dive boat was anchored in Beangabang Bay and only three of us, plus our guide, Made, were diving. Several years earlier, I had seen a pearlfish during a night dive in Lembeh Strait, but it was at the very end of a two-hour dive so all I got was a 3 second clip before the camera battery expired. I spotted this one … Read more

Sulawesi, Indonesia – Ned was working on a slide presentation, so I buddied up with our friend Jessica Hatsfelt for the afternoon dive. The boat moored in the center of a small sandy bay that had very little in the way of critter habitat – only an occasional small patch of sea grass. Hanny, our Eco Divers guide, led us over the sand and along a slope, pausing for a pipefish and nudibranch or two until we ended … Read more